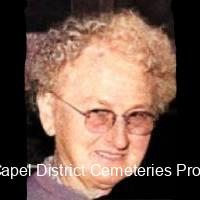 Step Siblings:  – Anna Ellen House (Martha’s Mother)  – first marriage was to John Charles Delaporte in 1869.  John was born in 1843 and died in 1876 and the son of John Delaporte and Emma Penfold, they had four children together:

Martha was born in 1889 in Martinup, Western Australia.  She was the sixth child to Charles Harris and Ellen House.  As a young child the family moved to different Mill sites within the Southwest due to her father’s work until the family settled in Capel.  Martha grew up in a large family of brothers and sisters alongside additional step siblings as her mother’s first marriage was to John Charles Delaporte who died in 1876 and she then married Charles Harris in 1878.

Martha married Frederick David Williams in 1912 who was also a local gent from a local Capel family, his parents owned land alongside the Capel River near the bridge and supplied local produce to the local Dilley general store.

Martha and David as he was known lived in Capel and built a new house on the site of an older home on Stirling Road where they raised their young family. She was very industrious, and they had a wonderful orchard, milked cows and made butter, and provided home-cooking for her family and children.  She loved to listen to the radio, and everyone had to be quiet when the daily radio dramas were playing.

Martha could not read or write and signed her name on her marriage certificate with an X.

Tragedy did strike when their oldest daughter Gladys died at the age of 12 from measles. She would travel to the grave at Capel Cemetery regularly to lay flowers. After her death Martha and David had another child Clarice in 1929.

She was involved in a car collision in 1934 as the below article shows.

Her remaining children grew into adulthood and married and had children of their own.

She passed away after having a stroke in 1970 aged 80 years.

If you are visiting this page and have further information that pertains to Martha Williams that you would like to add, can you please contact the Capel District Cemeteries Project via the CONTACT US section at the bottom of the main page. 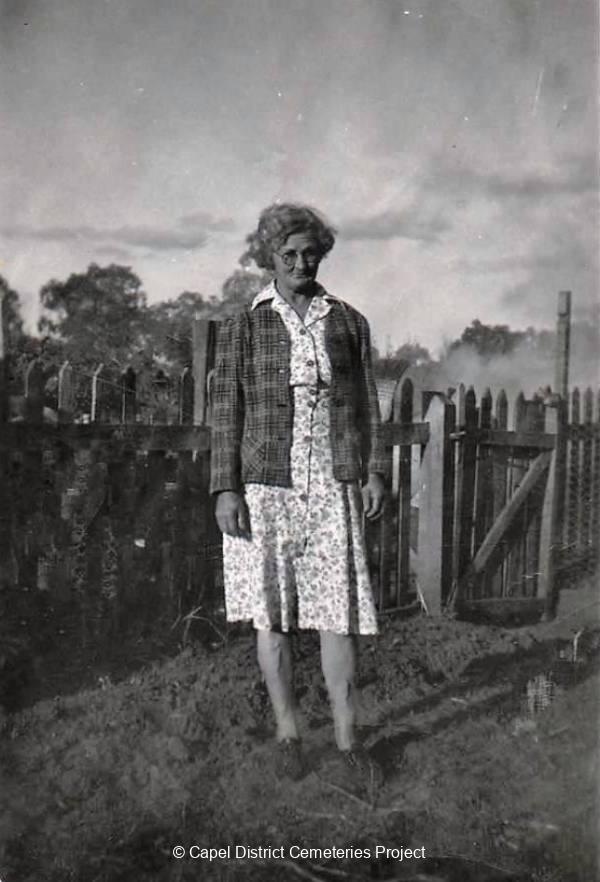 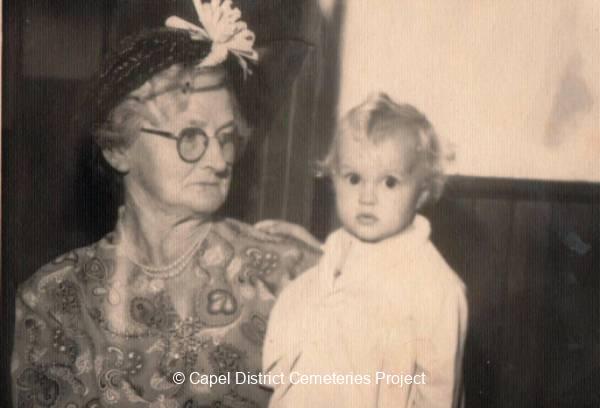 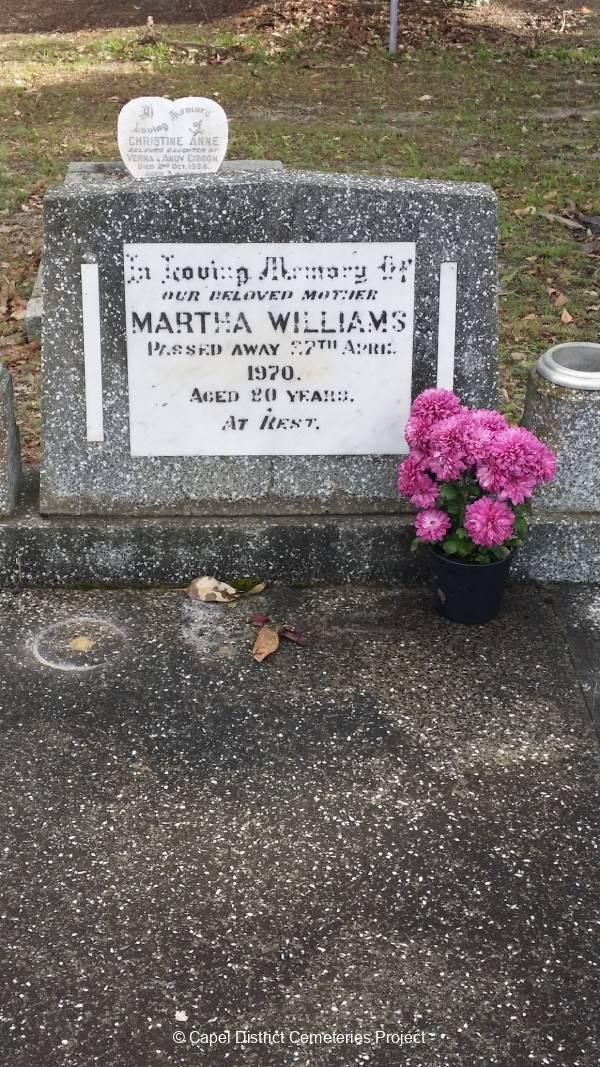 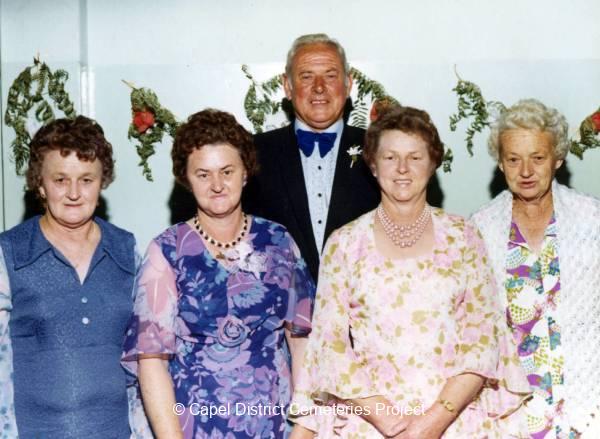