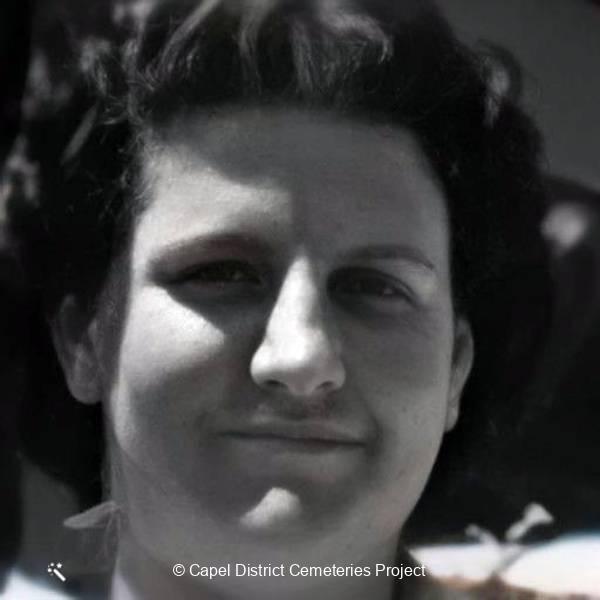 Dearly loved mum and dad of

William Thomas Warner and Elizabeth Warner (both had same surname)

Dulcie was born in 1920 in Bunbury Western Australia, the youngest child to Parents John and Juanita Heatley.  She was known to everyone as “Tim”

Her father John was born in 1886 in Sandhurst, Victoria and married in Juanita Warner in Busselton on 31 January 1912 at the local Anglican Church.  Juanita was the daughter of William and Elizabeth Warner, a long-established local family who arrived to Western Australia as some of the first settlers to Australind on the ship the Diadem in 1842.  It wasn’t long before the birth of their first son Leslie in the same year, a daughter Mildred in 1913.  They had another son Percival in 1914, born in Busselton and then Cyril in 1917 in Bunbury.  Cyril (George) died in 1918 and his name appears on his father’s headstone at the Bunbury Cemetery.

John Heatley worked for the Western Australian Government Railways (WAGR) and record starts in 1916.  The family can be found living on Vasse Road, Bunbury from 1925.

Dulcie was schooled at St. Mary’s School, in South Bunbury.  The family had a strong association with the local Anglican church, of St. David’s. In 1924 at the age of four, Dulcie attended the local fancy-dress ball at the South Bunbury Hall organised by the Ladies Guild, she dressed as a pink carnation.

In 1926 another fancy-dress ball was held at the South Bunbury Hall this time Dulcie dressed as a Naughty Pierrot. (Naughty Clown costume).

In June 1928 Dulcie received a prize at the Annual Prize Giving – Half Yearly Tea held by the Saint David’s Church South Bunbury for those children who belong to the Church.

In 1926 her father John lost his sight in one eye while working on the railways it was caused by a spark from an engine.  A benefit concert was held on Friday 26 March at the Lyric Theatre “Grand Charity Concert” to raise money for him and his family.  The event was very well attended with every corner filled.  At the event Mr John Heatley asked the Mayor of Bunbury to announce that he would like the money raised to be shared with Mrs Sullivan who was also in distressed circumstances.

John was retired from the railways by 1931, the family were still living on Vasse Road, Bunbury at this stage, but it wasn’t long before he appeared in the newspaper again.  In 1932 when Dulcie was about 12 years of age her father at the age of 46, was admitted to the Government Hospital with burns to his back and hands after catching fire when standing with his back to a fire.  He was now working as a milkman as he had lost even more sight due to an accident in the goods- shed when he was hit with a piece of packing wire, his sight was partially restored.

By 1937 the family had moved to 33 Constitution Street, Bunbury, John was employed as a milk vendor, Leslie was employed as a carpenter and Percival a clerk according to the Electoral Roles.  This means that family was still living together, except for Mildred who may have been living in Donnybrook at this stage, Dulcie was working at Sherry’s grocery store in Bunbury.

Dulcie’s parents announced her engagement in 1941 to Colin George Williams a young mechanic from Capel.  His parents were Frederick and Martha Williams

The couple celebrated their wedding on 6 September 1941, at St. David’s Church in South Bunbury, and church and community the Dulcie belonged. Reverend Father Fryer officiated.

The bride made a charming picture as she entered the church on the arm of her father.  Her classically cut wedding gown of heavily embossed romaine featured a low neckline which was trimmed with spoke-stitching.  The well-fitting skirt was cut to form a long train.  Her long tulle edged veil was held in place on her head with a halo of silver leaves.  A sheaf of artificial flowers completed her toilette.

She was attended by Miss Myrtle Doyle and Miss Mavis Williams (sister of the bridegroom), who were daintily frocked in green and cyclamen georgette respectively.  They wore top-knots of artificial flowers over which fell circular tulle veils to match their frocks.  They carried bouquets of autumn-coloured flowers tied with matching ribbons.

The young couple stayed with Dulcie’s mother in Bunbury.  Colin her now husband was still an apprentice mechanic. On the 5 June 1943, Colin enlisted in the Australian Army, he continued and finishing his mechanic apprenticeship with them during his posting to Darwin, the war ended before he saw active service overseas.  They had two children by this stage, Sandra and Terrance.

After Colin returned from the war they decided to move to Capel.  They moved to 3 Weld Road, Capel when Cheryl their daughter was 3 weeks old in 1946, the house had been newly built by Tim’s uncle J. G Hough and they remained living here for the rest of their lives.

After they moved to Weld Road they welcomed two more children, Carlene in 1949 and David in 1954, life was busy for Tim with five children under 12, and all at different stages of life, one heading off to high school and one still in nappies.

Dulcie’s (Tim) father John Heatley (known as Jack by some) died in the 26 January 1956 and is buried in the Bunbury Cemetery, his young son is also listed on his headstone.  He was 69 years old when he died.  Her mother Juanita (known at Netta), was unwell with only one kidney, so Sandra moved into Bunbury when she started high school in Bunbury to provide company for her grandmother and it was also closer to school, so she didn’t have to catch the bus.

Football was an important part of the family, and Les the eldest son would often come to his mothers house on the weekend after the game to visit and have dinner, with sweets which were important, this also provided a great opportunity for Tim and Colin and the children to visit with her mother and Sandra, and the family spent weekends catching up with family and cousins.

Every week or two Colin would drive Tim into town to do a weekly shop at Roberts Store and have a haircut when needed as Tim could not drive.

Dulcie (Tim) was an amazing homemaker, mother, and wife.  She loved to knit was a very good cook, and was known for her delicious, battered fish and chips.

She died on the 19 July 1992 just a few months before her beloved Colin and his buried at the Capel Cemetery.

Information provided by Carlene and Cheryl

If you are visiting this page and have further information that pertains to Dulcie May Williams that you would like to add, can you please contact the Capel District Cemeteries Project via the CONTACT US section at the bottom of the main page. 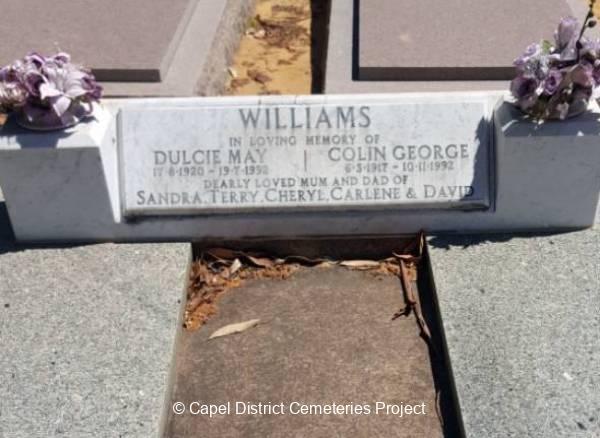 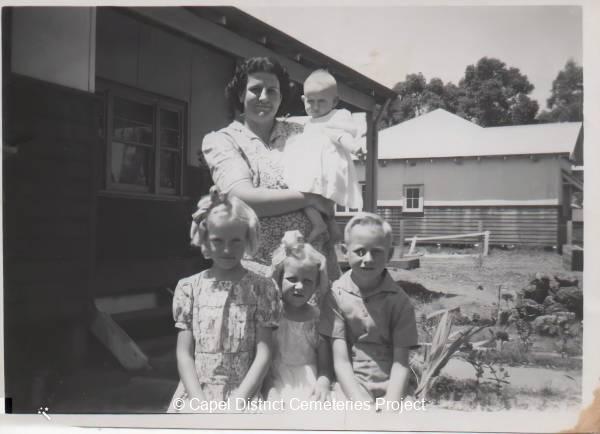 Dulcie and Children at Capel 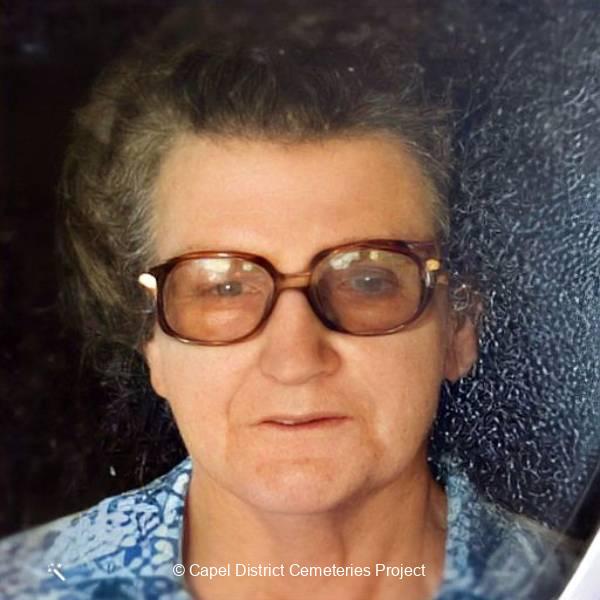 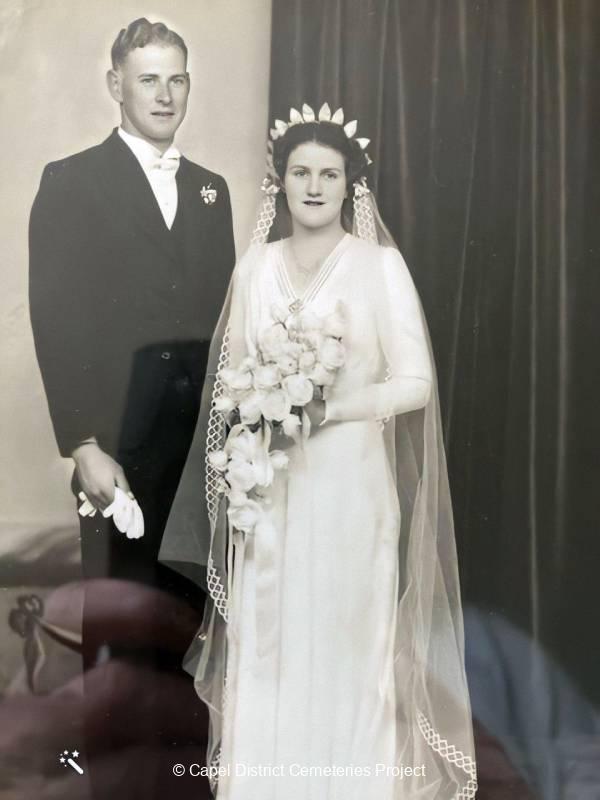