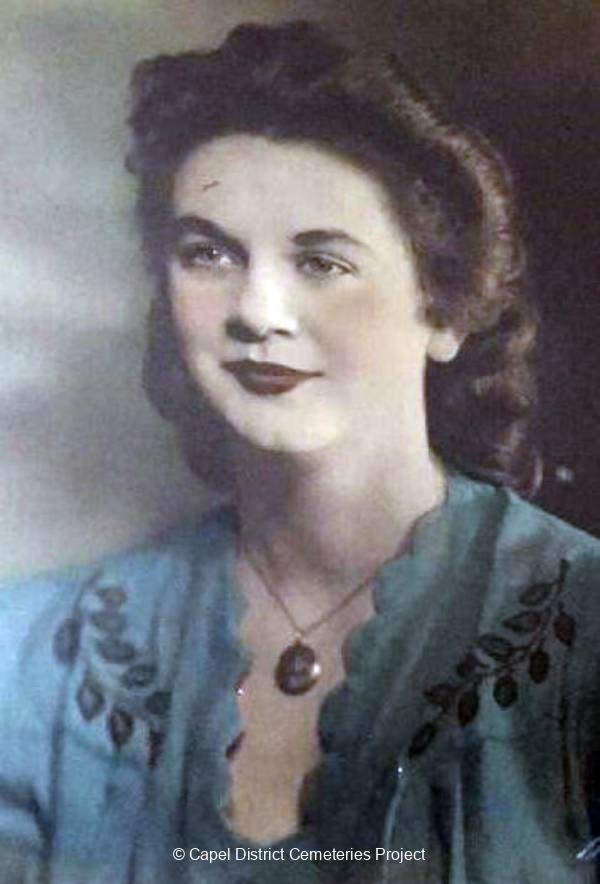 Eugene Henry William Scott married Grace Campbell Hill Forrest on September 2, 1908, in St Johns Anglican Church, Capel. Both Eugene and Grace were descended from some of Western Australia’s early settlers. They made their home at “Irwin Farm” Elgin. The first of their family, a son, arrived in June 1909. Over the next fifteen years, five more children, including twin sons, were born. In 1925, Grace and Eugene welcomed their second set of twins. Norman St. Clair Scott and Lorna St. Clair Scott were born on November 25, in St. Clair’s Hospital Bunbury. As a tribute to the hospital, both babies were given St. Clair as a middle name. The family of five sons and three daughters was now complete.

In June 1932, aged 6, Lorna went to a Children’s Fancy Dress Ball in Capel dressed as Little Miss Muffet and later in the year she became an Aunty when Erle and Vi became parents to a baby boy. Lorna was flower girl when her oldest sister, Joy married Howard Trotman, in 1934 at the All Souls Church Stratham. Howard was Head School Teacher at the Stratham School. He was transferred to Maylands, Perth as Assistant Head Teacher shortly after the marriage.

In January 1937 Lorna’s big sister Joy and her husband Howard and their baby came and stayed with the family during the school holidays. Tragedy struck the Scott family on February 24, 1937, when Lorna’s father died after a freak accident at home. The whole of the Elgin, Stratham & Capel communities felt the loss of Eugene. Twins Lorna and Pal were just eleven.

Life for Lorna and her family would never be the same. Her brother Erle now ran the farm helped by twins Doug and Percy. Grace continued attending and helping with community events.

On June 12, 1938, whilst the family were driving to stay with Joy and Howard, who now lived in Woodanilling, the car drifted onto the side of the road and skidded into the railing of a culvert. The railing went through the windscreen seriously injuring Grace and Pal. The others in the car recovered quickly from their injuries but Grace and Pal remained in the Narrogin Hospital for some time. Grace recovered but remained with Pal who was now reported to be improving rapidly.  On the morning of July 14, after four and a half weeks in hospital, Pal got tetanus, he had passed away by the end of the day. He and Lorna were 12years and 8months old.

After his death, Pal’s school friends held a concert and afternoon tea to raise money. They erected a Brass Memorial Plate in the Stratham School Grounds.

In November 1938, the family at last had reason to celebrate, when Jim married Edna “Jean” Hutton at St. Johns Anglican Church in Capel.

The All Souls Church Stratham erected a Stained Glass Window in the church as a tribute to the memory of Eugene and Norman “Pal” Scott in 1939. Brothers Doug and Percy celebrated their 21 st birthday.

Lorna was now at High School in Bunbury and in September 1940 she visited Perth in the Interschool Hockey Team. In 1941 Percy married Ina Fisher and Doug married Patsy Gibsone. Lorna was bridesmaid for Patsy. The school bus for the Elgin district was discontinued around this time and a lot of the students then had to board in Bunbury to attend high school. It looks like Lorna may have been one of these students. In April 1942 it was reported in the paper that she had spent the weekend at her family home in Elgin. She appears in the Elgin tennis results in both the singles and doubles matches. Maybe Lorna met Richard “Dick” Fisher when Percy married Ina, Dick’s sister. On Wednesday, August 25, 1943, Lorna, 17, married Dick, 30, in the Stratham Church. She was walked down the aisle by her oldest brother Erle. Dick’s family owned and farmed an orchard, “Rangeview” in the Capel River District.

Lorna and Dick lived and worked on the Fisher family orchard. The first of their family, Norman, was born in 1944. He was named after Lorna’s twin brother who died in 1938. Twelve months later their next son, Dudley was born. In November 1945, Lorna celebrated her 21 st birthday at the Scott family home.

In 1948, Lorna and Dick welcomed their third child, a daughter, Grace, after Lorna’s mother. Lorna enjoyed being a part of her community and in both 1949 and 1950 she entered flowers and cooking in the Wildflower Show held by the Capel P&C in the Capel Hall. It was reported in the paper that Mrs Lorna Fisher attended the Bunbury Races wearing a Black crepe frock, heavily encrusted with gold embroidery, accessorised with a lime straw hat. She still played tennis and hockey and attended country week hockey in Perth in 1950 with the Capel team. At the beginning of 1950 Lorna’s mother Grace died in SJOG hospital Bunbury. She was only 61. She was buried in the Capel Cemetery beside Lorna’s father.

Mr and Mrs R Fisher held a “bright party” at their home at the end of November 1951. Lorna had taken to playing golf by 1952 at the Capel Golf Club. The family visited Dick’s relatives in the wheatbelt in April 1953 and then in June held a Coronation Party at their home. Their fourth child, another son, Brian arrived in 1954. Norman was now at school in Perth and the other children were attending the Capel River School.

In May 1956 Dick’s father Stanley passed away at the age of 89years. Lorna and Dick remained on Rangeview working the orchard. In August 1962, Lorna’s brother Percy was killed in a car accident. He was buried in the Capel Cemetery. In 1968 Norma was working at Henry Norton’s Farm in Capel.  Lorna had a worrying time when Dudley went to the Vietnam War. Thankfully he returned safely.

Sometime between 1968 and 1972 Rangeview was sold. The 1972 electoral roll records Lorna and Dick living in Minninup Road, Bunbury. Dick was a “Plant Cleaner” and Lorna did Home Duties. Dudley, now a truck driver, was living with them. Brian was probably also living with his parents at this time, as he was only 18.

Sadly, in November 1976, Dick, Lorna’s husband of 33years died. He was only 63. He was buried in the Capel Cemetery. On the 1977 electoral roll, Lorna and Brian are living in a unit in Sherry Street, Bunbury. Lorna’s children were now getting married. Between them they gave Lorna 12 grandchildren.

Compiled by Family Members, research by members of CDCP

Links to other websites and family members, with additional information included in story.

If you are visiting this page and have further information that pertains to Lorna St. Clair Fisher that you would like to add, can you please contact the Capel District Cemeteries Project via the CONTACT US section at the bottom of the main page. 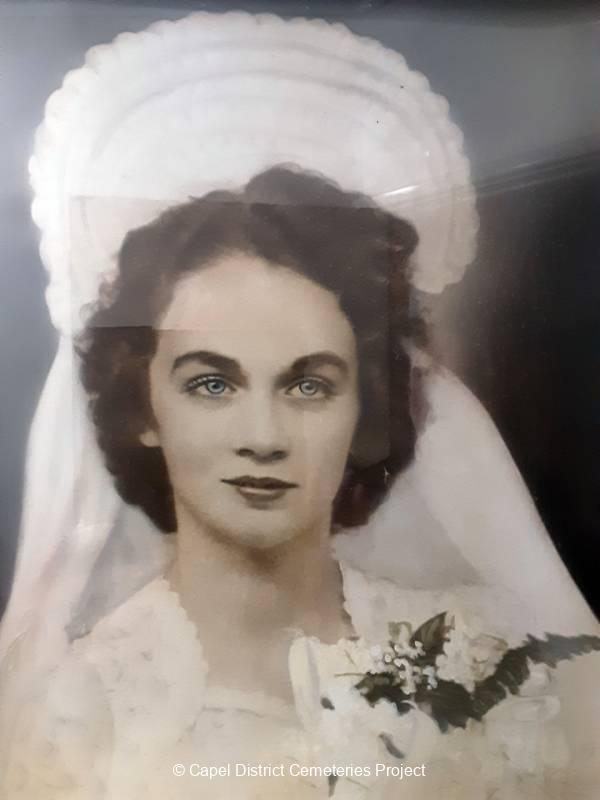 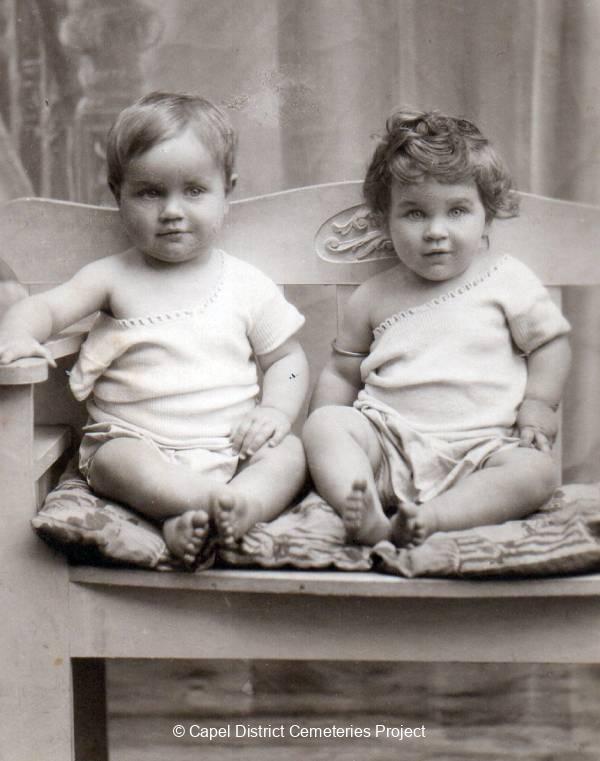 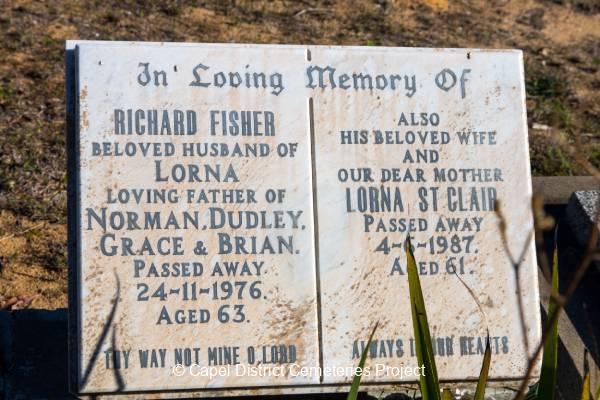