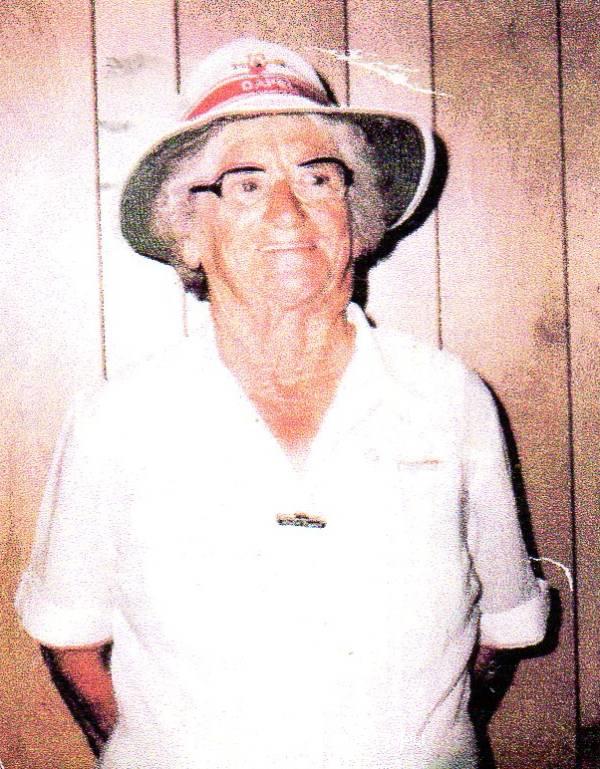 Tessie’s father William John Wittfoht was born in Hamburg, Germany. He joined the Merchant Navy as a young man but left the ship when it arrived in Port Pirie, South Australia. He was aged 18. Here he met Catherine Gaffney of Irish descent. They married and moved to Broken Hill where William worked on the mines. The two eldest children, Ida and Mary were born there.

In 1897 they sailed to Western Australia and took up land on the Capel River, “Ardenvale”. A further three girls were born, Fanny, Catie and Tessie, the youngest of the family. An orchard was established, and they lived close to the bush and the Capel River.

Tessie attended the Capel River school for her primary years. It was a one teacher school. She was taught at one time by her older sister Mary. She was taken to school by her sister Mary on the back of a pony named Bruce. Later Tessie was driven by Jim Thomas and then after that, she walked the 2 ½ miles to school, barefoot with her boots slung around her neck.

At 12, Tessie was sent to boarding school at the Sacred Heart Convent in North Perth. She cried and cried when her father took her there and had the nuns and the other girls crying too. Later she enjoyed her time there. She sat and passed her Junior and Leaving Certificates. She was a talented tennis player and won the Catholic Schools singles competition and the doubles competition with her partner, Myrtle Herbert. She also took piano and oil painting lessons.

After completing school in 1927, Tessie became a teaching monitor in Busselton for the next two years. She stayed at the Ship Hotel.

Tessie was bridesmaid for Fanny in 1928 when she married Bernard Horan and then again in 1929 for Mary’s marriage to Thomas Hearn.

In 1929 and 1930, Tessie did her teacher training at Claremont Teachers’ College. Tessie still played tennis and was chosen in the Tennis Team to play in Melbourne. They went on the Trans Train.

When Tessie left Teachers’ College the depression had struck and there were no jobs. During 1931, Tessie had 3 relieving jobs and then in May 1932 she was given a permanent position in Quairading. Here she taught Infants, 1st and 2nd classes. She continued with her sporting pursuits and played tennis, golf and hockey.

In Quairading, Tessie met David Sharpe. He had come from Glasgow, Scotland. His sister Jeanette and her husband, Herbert Parker lived in Quairading. Herbert worked in the building trade and David worked with him.

Tessie and Dave were married in 1936 and came back to “Ardenvale” to work on the farm. They lived in the cottage across the river. Over the next 8 years Tessie and Dave had five children. May in 1936, Ian in 1938, Brian in 1940, Donald in 1942 and lastly Anne in 1944. The children and the farm kept Tessie very busy. There was no electricity, no refrigeration and all the washing was done by hand! In February 1947, Tessie went back to work as assistant teacher at the Capel School.

In 1945, Tessie’s father, William Wittfoht died and then her mother Catherine in 1949.

In 1951 Tessie took over the running of the farm. Dave died in 1954. Tessie and sons, Ian and Brian continued farming together until 1962 when Ian took the farm over.

Tessie took up playing bowls in Capel, winning the singles five times and the veterans three times. She also took an active part in the bowling club.

In 1981, Tessie shifted to live in Capel with son Brian and in 1986 she moved into a Homeswest Unit in West Road, Capel.

In 2001, aged 92, Tessie went into care at William Carey Court Nursing Home in Busselton, close to her daughter May.

In August 2007, Tessie passed away peacefully in her sleep, aged 98 years.

Compiled by Family Members and CDCP.

If you are visiting this page and have further information that pertains to Alwina Theresa Sharpe that you would like to add, can you please contact the Capel District Cemeteries Project via the CONTACT US section at the bottom of the main page. 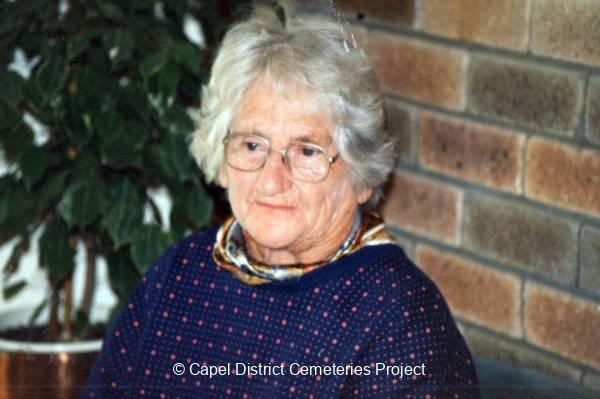 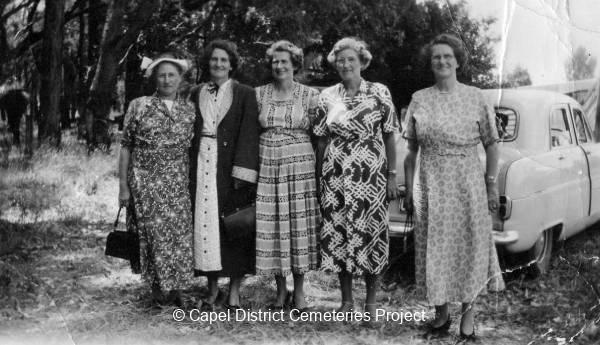 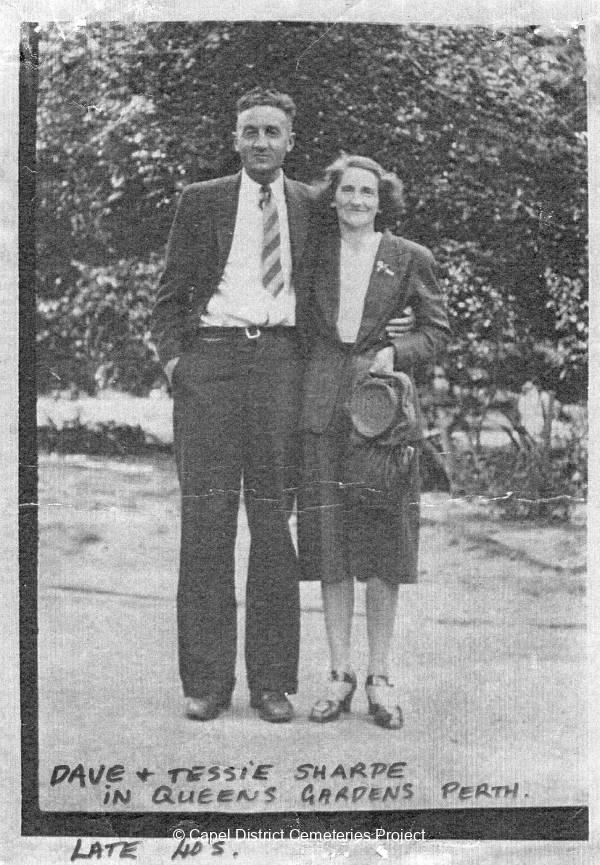 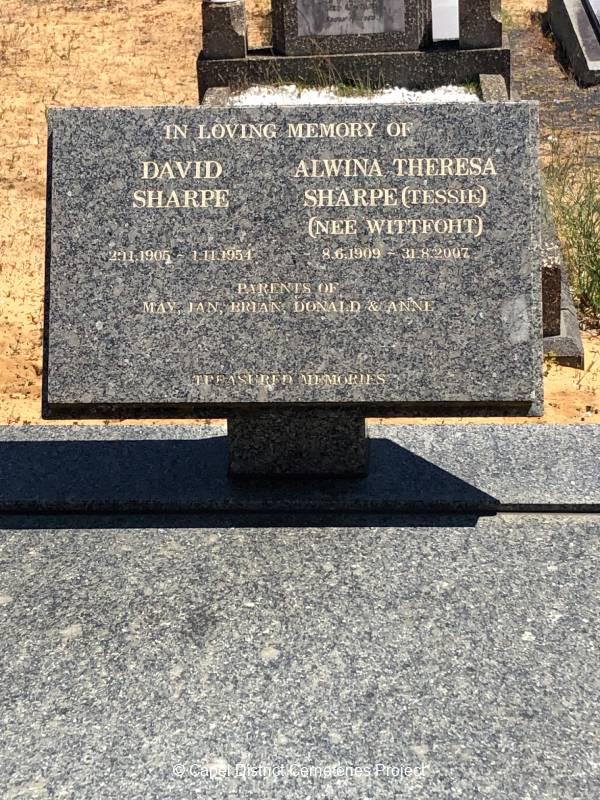