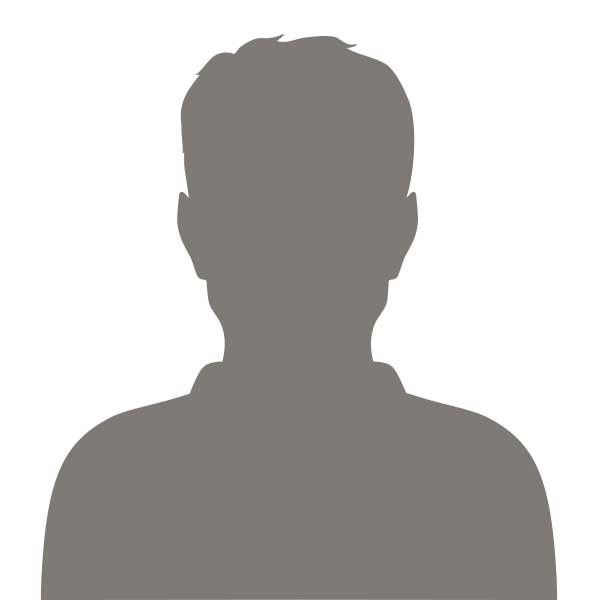 No headstone – brick and stone surround partially covered by sand.

Elizabeth Roberts born: 1827 England. Died: 18 March 1877 Buried Bunbury Pioneer Cemetery. (It was reported in the 1850’s by a visiting surgeon, Henry Richardson, from the convict ship “Sultana”, that Elizabeth was a “poor, silly thing”. It can only be assumed that she was intellectually handicapped.)

Frederick was the fourth child and second son of William Jenkin and Isabella Roberts. They were agricultural labourers living in the Cornelly District in Cornwall, England, when Frederick was born. Five more children were born (one son died as a baby), before the couple made the decision, in the early 1840’s, to sail to Australia for a better life.

After departing London on November 27, 1841, the “Diadem” was forced to turn back to port. On December 18, 1841, the “Diadem” sailed again, arriving in Australia at the Australind Settlement on April 10, 1842. Frederick had his twelfth birthday at sea and lost his big sister Matilda when she died from fever on board the ship. Frederick’s father soon had a job at “Bury Hill” farm (now in central Bunbury) for the Resident Magistrate, George Elliott.

After a short time working at Bury Hill, William Jenkin Roberts Snr was able to apply for the lease of part of Governor James Stirling’s Ribbon Grant on the Stirling Estate near Capel. Here in 1843, the family built a home and began to farm the surrounding land. The farm soon became known as “North Capel Farm”.  In 1844, Frederick’s youngest brother, Charles Fox Roberts was born. The family ran sheep and grew crops at first but soon, they were also running cattle. Frederick and his older brother William Jenkin Roberts Jnr were old enough to help their father. The work was hard, clearing tea tree and preparing the land ready to plant crops. There were very few fences, so the stock wandered where they could find the best feed.

The Roberts family hosted the Rev. Wollaston when he travelled through the district on his way to the Vasse. He held church services at their home and many of the other settlers in the district came and participated. This was an opportunity to have marriages and baptisms for many of the families.

Frederick met a young Johanna Ryan. Johanna was an Irish Catholic who had come out to Australia on the “Victory’ in 1853. She was working as a housemaid for the Maslin family, in Bunbury, who had a boarding house. In 1855 Frederick and Johanna married. They at first farmed a small holding called “Stoneyfield” which was toward to coast from the home farm but soon took up land near where the Capel Cemetery is situated and named this “Bellevue”. Here they built a small two roomed house of wattle and daub with a shingle roof. Frederick dug a well close by the house which provided good water. Cooking was done outside in a mud oven or over an open fire. Frederick planted fig trees and grape vines and grew potatoes and onions. Any excess was sold. They had a small herd of cows to provide milk. Johanna made butter which they also sold. Frederick’s older brother William and his wife Elizabeth lived close by at Trencreek.

It was in November 1855 that Frederick and Johanna welcomed their first child, Andrew. The following year another son, Absalom was born. His children always called him Father.

Frederick did labouring jobs around the district which bought in money for the family and helped pay for improvements to his own farm. The family continued to grow, George was born in 1858, Mary 1859, Anne 1860, Caroline 1862 and then sadly at age 3 Anne died. The next baby born was in 1863 and she was named Anne, after her sister, then 1864 Catherine, 1865 James, 1867 Elizabeth and lastly in 1869 Thomas. Frederick and Johanna had 10 living children.

Frederick had very little education and could not read or write and he signed his name with a cross. It is assumed that his children did get some education, as there was a school on their land, which was established in 1864. The school closed for a period of about 3 years, in 1867 and then reopened under the name of Gynudup Brook Public School.

Frederick, as described by his granddaughter was a small, thin man, who lived a simple life, working and providing for his family as best he could. When Frederick was around 45 – 50 years old he became crippled. Its not known the reason this happened but apparently, he walked with a stick or a wooden frame that he had made so he was able to move around. His children grew and ventured out to find work. Andrew and Anne both lived and worked all their lives at Minninup for the Ramsays. Neither ever married. George, Absalom, Catherine, Elizabeth and Thomas all went to the Blackwood district. They were all part of the timber and farming industries of the time. Caroline went further south to Albany, she was also unmarried. Mary married later and lived in Bunbury. Only James remained at Capel. He had ventured into timber when he went sleeper cutting and then to Greenbushes to the tin mines, although his main residence was at a farm half a kilometre from his parents. It was named “Sandridge”. He had married a Marradong girl, Mary Ann Batt and brought her to live and raise their family here. James had built their small house and Frederick helped cut the shingles for the roof.

Frederick’s granddaughter recalls him being very accepting of his disability. He was a very kind man, he never criticized and treated everyone with great respect. He wasn’t a religious man but loved to tell the children stories and sing. He did wood carving with a pocketknife and small saw. She remembers that he had a big clock decorated with peacocks that sat above the fireplace and a ship made of match sticks that he built in a pickle jar. He also loved to talk history.

Frederick and Johanna went on Christmas Day to James and Mary Ann’s. Here he would give each of the grandchildren 1 shilling and a bag of dried figs. He was known as Grandfather.

Frederick helped Johanna make the bread and made sure the fires were lit for either cooking, washing or to keep the house warm. James’s children kept up the supply of wood. After they had milked the cows, they always brought them milk and provided them with meat.

In early 1907, Johanna was struck down by a stroke. She became bedridden and could do nothing for herself, although she could still talk. Frederick wished that they could both die. Mary Jane Roberts, James and Mary Ann’s eldest daughter was just 11 years old. She was taken out of school to live with her grandparents and look after both of them. Frederick was very mindful of Mary Jane. He tended the fires and helped her make the bread each day. He secured boards across the top of the well so Mary Jane couldn’t fall in when she was pulling water up in a bucket. Everyday he helped bathe Johanna and change her bedding, he had tanned 2 calf skins to put under the sheet on Johanna’s bed and helped Mary Jane put olive oil and powder on her, so she didn’t get bed sores.  He had made her a bed pan out of a kerosene tin and lined the edges with sheep skin and he sat talking to her about times gone by. After 9 months Johanna died on October 9, 1907. The funeral was held 2 days later in the Capel Cemetery, next to their family home. They had been married 52years.

James and Mary Ann moved into Bellevue and looked after Frederick. They still had very young children and a new baby.  Throughout the next six years Frederick’s health and memory declined and at the age of 83 he passed away and was buried next to Johanna in the Capel Cemetery in sight of their home.

After Frederick’s death two wills were produced. One had been made in 1911 and the other in 1912. The 1912 Will only benefited Thomas and James leaving out all Fredericks other children. This was contested and found that the 1912 Will was made when Frederick would not have been of sound mind. The 1911 Will was ruled to be correct and benefited all of the children.

Compiled and research by DC. (Information also sourced from an Oral History of Mary Jane Farmer – Frederick and Johanna’s granddaughter – held at the Battye Library, Perth)

If you are visiting this page and have further information that pertains to Frederick Roberts that you would like to add, can you please contact the Capel District Cemeteries Project via the CONTACT US section at the bottom of the main page. 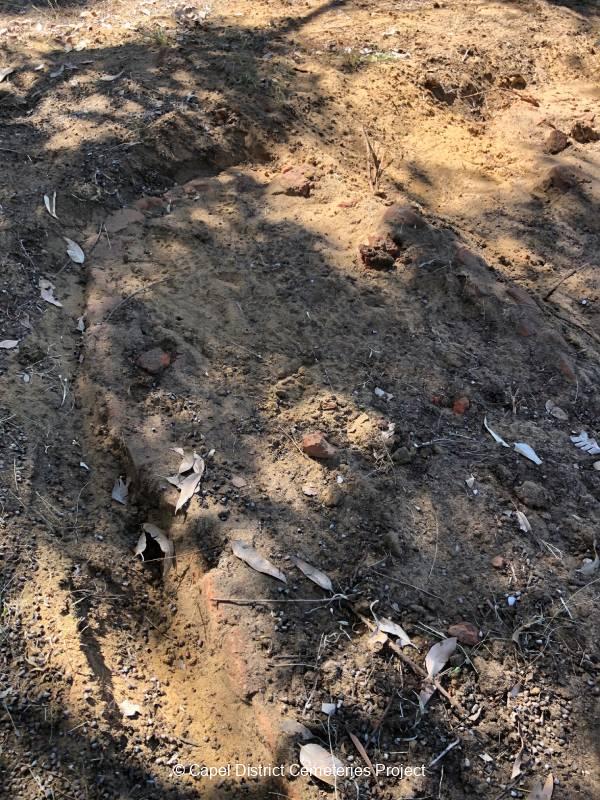 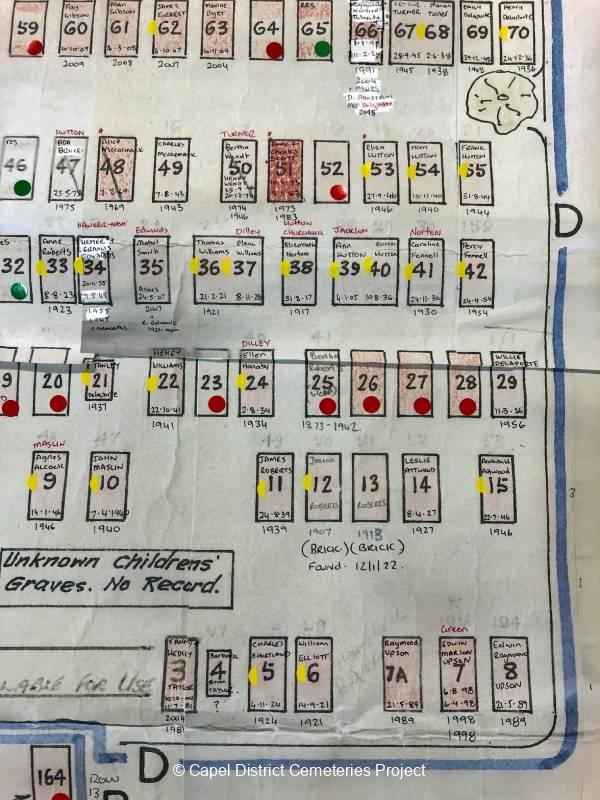