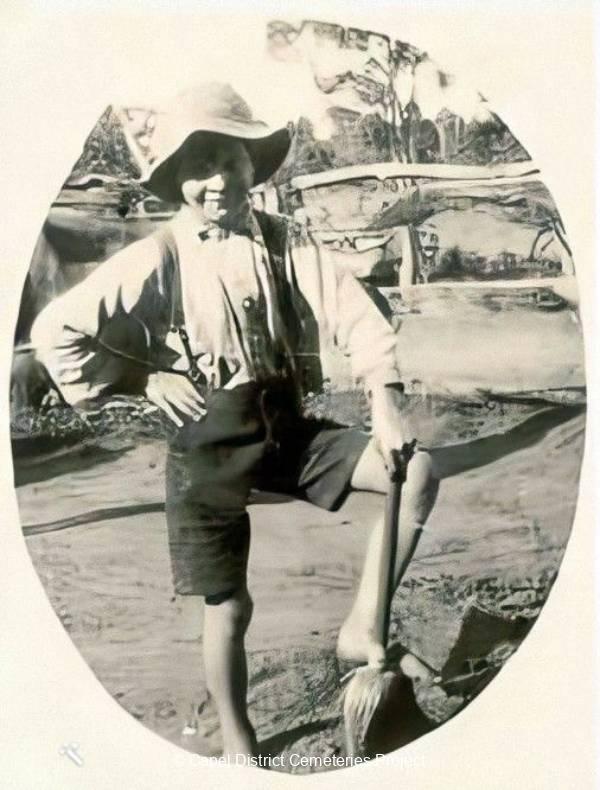 Leslie known as Norman, was the fourth child born to William John Merritt and Ellen Power Moore. He was born with the assistance of a midwife at the family home at ‘Peach Grove’ Capel. His birth was registered in the Sussex district (Busselton) that year. Norman lived with his parents and three older siblings Freda, John and Vida. The family home was a small jarrah slab and corrugated hut that Will built with limited skills. Because Will was a keen bushman, he was able to source timber and added more rooms to this house as the family grew. Norman grew up in Capel, that was then a fledgling small town with few businesses.

Norman was a pupil at Capel Government School when in June 1923 he became unwell with mumps. He was not improving and was taken to Bunbury Government Hospital where his condition worsened when complications set in. He died 15 June, aged only 9 years and 11 months. This was a great shock to the Capel community and in particular his family and school friends. Norman was a popular boy and that was evidenced by the large crowd that attended and also those that laid wreaths at his funeral held the following day. Officiated by Reverend G Morris, the congregation minister from Busselton. One can image that this would have been a cold, wet gloomy day in June 1923 and sadness was felt by everyone in attendance. His mates Ernest Scott, Guy Payne, Leslie Reynolds and Fred Tucker were in attendance with Teddy Dyer, Don Hannaby, Vivian Harrison Jaimsie Turner and George Hartnett acting as pall bearers. These boys would have been deeply affected by the loss of their young friend.

Norman is buried in the Capel Cemetery Western Australia.

If you are visiting this page and have further information that pertains to Leslie Norman Merritt that you would like to add, can you please contact the Capel District Cemeteries Project via the CONTACT US section at the bottom of the main page. 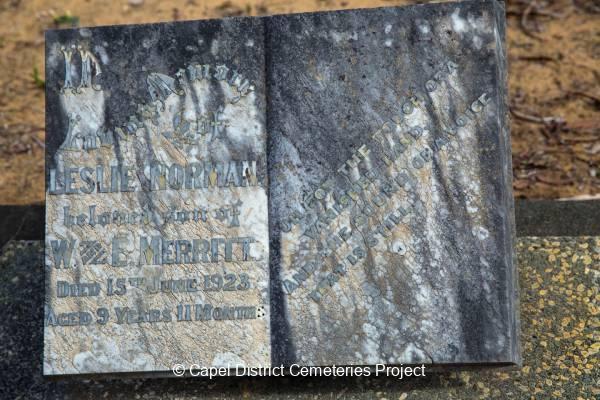