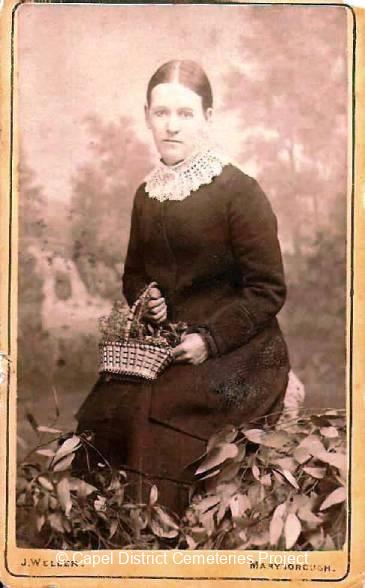 On 15 October 1854 in the Chapelery of Aust in South Gloucestershire England, William Power and Jemima Russ were married. Three months after their marriage William and Jemima immigrated from England and joined William’s family in Melbourne Australia. They arrived at Hobson’s Bay Victoria on 22 May 1855 on the Epaminondas. It was a difficult journey for Jemima who was in the final stages of her first pregnancy. They reunited with William’s brother and sister and settled in Collingwood. One week after arriving in Australia on 7 June 1855 their first child Sarah was born

Sarah was one year old when her parents and extended family left Melbourne for Castlemaine where gold had been discovered some years earlier. From here they moved to Bendigo still searching the illusive gold. In March 1865 they were living at Redbank Victoria where William Power was a shareholder of the Pyrenees Quartz Crushing and Drainage Company.

Sarah Power married John Edward Moore on 29 November 1877 in St John’s Church, Avoca, Victoria. At that time John Moore was a miner, labourer and teamster around the Pyrenees District in Victoria. Their first child William Edward was born in the Shire of St Arnaud in 1878. The family then moved to Moonambel where Jemima Elizabeth was born. Their last three children, Hubert John Theodore, Ellen Power and David Vernon were born at Elmshurst in the Pyrenees District.

By the early 1890’s alluvial gold became harder to find with mines closing down. Agriculture had become more reliable and so many left the mines for work in agriculture. By 1893 there was news that there were large gold fields opening up east of Perth Western Australia. John and Sarah Moore decided to take their family and John’s team of Clydesdale horses to the West. Family history suggests that they arrived in Southern Cross Western Australia in 1894 having travelled overland from Victoria.

There they would have lived under canvas, or in hessian or bag walled huts with a corrugated iron roof. Cooking and cleaning were done outdoors. Clean water was hard to obtain and mainly reserved for cooking and drinking. Sanitary conditions were primitive at best. John carted water from Southern Cross to Coolgardie with his team of horses that he had brought overland from Victoria. In 1896, the rail link was completed between Southern Cross and Coolgardie. It was then that John gave up the job as teamster and moved to Coolgardie as a carter and labourer where he made deliveries to outlying mine sites.

Eldest child William died at Southern Cross in 1895 from drinking contaminated water. He was 16 years old. After this tragedy, Sarah with Ellen and David moved to Sawyers Valley near Mundaring on the outskirts of Perth. Jemima remained living in Coolgardie. It is here that Sarah ran boarding houses for timber workers or at least assisted in the running of these boarding houses. John followed his family to Sawyers Valley where he worked for the water supply department as a ganger in charge of a small work team around Bakers Hill until 1904.

John and Sarah moved to the Drakesbrook – Waroona area in 1905 where he was a teamster alongside his son in law Jim Forrest hauling timber for Millars. They lived at Eleven Mile Mill east of the Waroona Station. It seems that they only remained here for about one year as they had moved to Greenbushes where Will Merritt was also residing. John and son David Vernon were labourers at Kirrup Landing. It is thought that Sarah most likely helped out with running boarding houses for timber mill workers whilst they resided there. It Is also while living at Greenbushes that the friendship of Ellen and Will Merritt blossomed. They were married 25 April 1907 at Bunbury.

John and Sarah then moved to Capel in the Southwest in 1909 where John took up farming. It is here that John and Sarah became affectionately known as Daddy Moore and Mummy Moore. They were well liked by both family and friends. My grandmother Vida Ellen (Nellie and Will’s third child) always referred to them by these names.

John Moore purchased 3.8774 ha of land at Stirling Estate Capel in 1912. In 1915 John and Sarah’s son Dave took over the farm and they moved to a rented house in Capel before a small house was built for them on the property of their son in law Will Merritt. They then had a house built in Barlee Road Capel just north of the railway line.

John pre-deceased Sarah having died 8 August 1932 aged 83 years. He suffered a heart attack and died whilst travelling to Busselton to seek medical treatment.

Sarah died 11 May 1934 aged 78 years in the Busselton Hospital Busselton Western Australia. John and Sarah had been married for 54 years.

Her obituary was published in the South Western (Busselton) Friday May 18 1934.

One of Capel’s oldest identities passed away on May 11, when the death occurred in the Busselton Hospital of Mrs Sarah Moore, of Capel. Born in Collingwood, Victoria, 78 years ago, Mrs Moore came to Western Australia in 1894, with her husband, took up residence on the goldfields where she lived for a number of years before coming to the South-West. Mr and Mrs Moore spent considerable time around the timber mills in this portion of the state, and in 1909 commenced farming in Capel. Mrs Moore leaves one son and two daughters, Mr Dave Moore (Capel), Mrs Merritt (Cundinup), and Mrs Forrest (Capel), and a number of grandchildren to mourn their loss, besides a great many friends in the Capel district, where she was held in high esteem. The funeral took place on Saturday, when the remains were interred in the Capel Cemetery after a service in the Anglican Church, the last rites being read by the Rev. Lepiniere, of Boyanup.

It has been confirmed to me through family sources, that Sarah Moore is in an unmarked grave at the Capel Cemetery, Western Australia. Sarah and her husband John Edward Moore strongly held the belief that any memorial of death was ostentatious and a waste of valuable resources. They instructed their family that no headstones or other memorial material should commemorate their deaths. Many family members have made searches of the Capel Cemetery over the years searching for their graves and have proved this fact.

If you are visiting this page and have further information that pertains to Sarah Moore that you would like to add, can you please contact the Capel District Cemeteries Project via the CONTACT US section at the bottom of the main page. 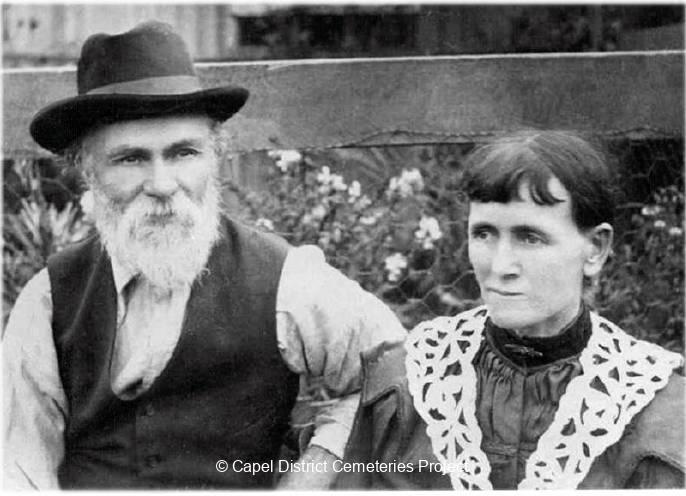 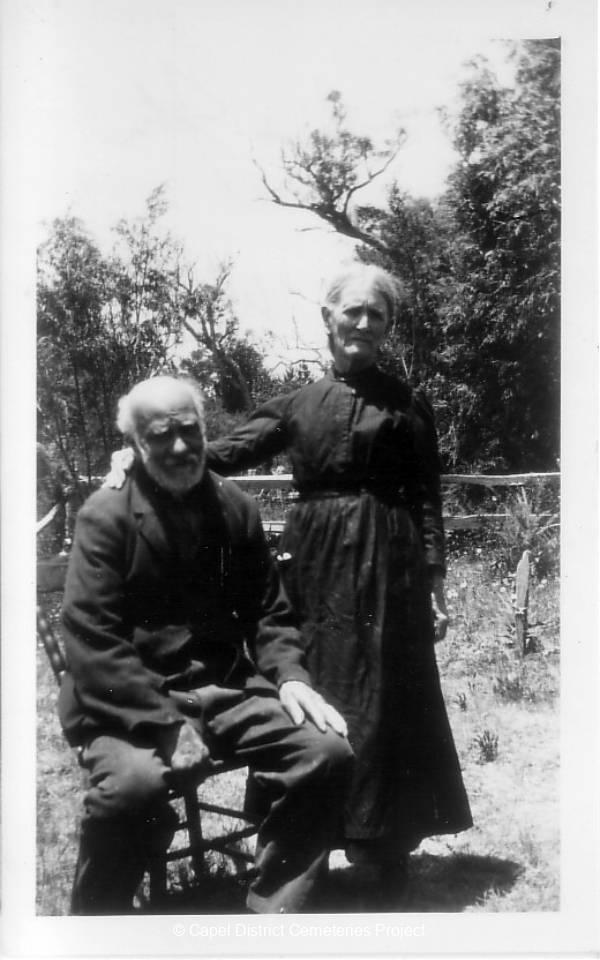 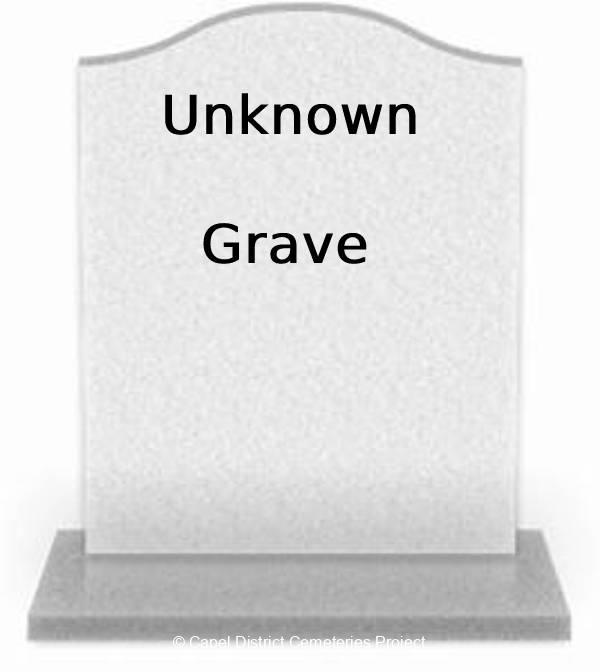