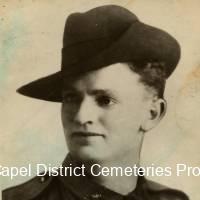 FOND FATHER OF ALAN AND KEN

Mr. George Leonard Summers ( Len) was born on 26/12/1890 in Boranup in Western Australia. He was from British convict ancestry, his father, John Charles Summers( Johnny) being the son of  former convict Mr. John Charles Summers who was granted the freedom of a ticket of leave. Len’s father Johnny was a saw miller and had married Mary nee Waddingham at Picton on 22/2/1989 .  Mary’s father, Richard, was also a former convict.  Johnny and Mary had three surviving children following Len,  in addition to three deceased baby sons, one named Clarence H Summers and two unnamed.

One of Len’s brothers, Ernest John (“Ernie” or “Tich”) Summers, became a more prosperous farmer on the other side of Capel shire.  The family bond was not very strong. Another brother, Richard Vosper, “Dick”, Summers was a policeman. Len’s sister, Maizie Thornett McTaggart nee Summers, married the local brick maker, Norman McTaggart.

Len worked on a road building project in Queensland around 1921 and also worked for a while in the 1920s in Papua New Guinea as a plantation manger.

Len took up land across Ludlow Road from State Forest Number One.  He cleared the land and called the farm “Rootfield”.  He ran Rootfield as a dairy farm for years and then leased out farmland when he became older. He installed a mud threshing floor in the early days, where farmers would thresh their grain. This area of Capel was known locally as “The Stirling” as it was in the vicinity of the original Crown Grant of 16, 620 acres ( around 6,722 hectares) that had been  given to the Western Australian pioneer Captain James Stirling as Stirling Estate.  Rootfiled was immediately west of the intersection of Ludlow North Road and Stirling Road. It was sold as separate pieces when sold.

Len’s stock brand was SU9 with the S horizontal, a lazy S.

Len was a World War I man and a World War II man.  He was wounded in action several times, sustaining a gunshot wound to his right arm, his ankle and suffering from trench foot.  His foot was injured at the Somme in WWI but the warfare was so fierce that it was about three days before he could get his boot off to have a look.  He then found that his little toe had been competely severed, either by a bullet or a piece of shrapnel.

A German shell exploded near Len’s machine gun foxhole and buried all six of the gun’s crew up to their necks in mud.  They franitically dug themselves out , recovered their Lewis gun and promptly resumed warfare.

Len’s WWI army number was 4537 and his WWII number was W30908.  He served in the 28TH Batallion in WWI in Egypt , France and Belgium.  In WWII he joined up with the 19TH Garrison Batallion in Geraldton.

Len was addicted to cigaretes, having taken up smoking in France in WWI when cigarettes were part of the standard issue soldier’s rations.  Len used to smoke Log Cabin tobacco in rollies.

On 20/4/1955 Len bought himself a brand new Holden FE Special Utility, registered Capel 537.  The powder blue ute served him for years and years.  Len always drove with his right elbow out the window and the paint was worn off the ute where his arm used to rest.

He was a great gardener with wonderful grapes trained on a substantial trellis which stretched from the homestead to the outhouse.  Amongs other things, Len grew world quality apple cucumbers.

Len had an Australian made Lithgow.22 single shot rifle which which he tried to defend his grapes from Silver Eyes.  He also used the little Lithgow on rabbits, both as food for the dinner table and as vermin control.  He also had a double barrel shotgun until it was stolen from the homestead.  And though he had used the shotgun to get feeds of duck he did not replace it.

Len was a member of the Capel Branch of the RSL and he was a staunch supporter of the Australian Labor Party.

Len was a very good neighbour to the Campbells of McCourt Farm, where Peppy Grove townsite now is.  He was a great friend to Alf Walker JP when he lived there.

Summers Court in Peppermint Grove Beach, is named after Len and his ancestors.

He was survived by his sons and grandchildren.

Collated by Judy Hearne, CDCP member , from the Story written by Alf Campbell and Helen Summers, 1/08/2017.

If you are visiting this page and have further information that pertains to George Leonard Summers that you would like to add, can you please contact the Capel District Cemeteries Project via the CONTACT US section at the bottom of the main page. 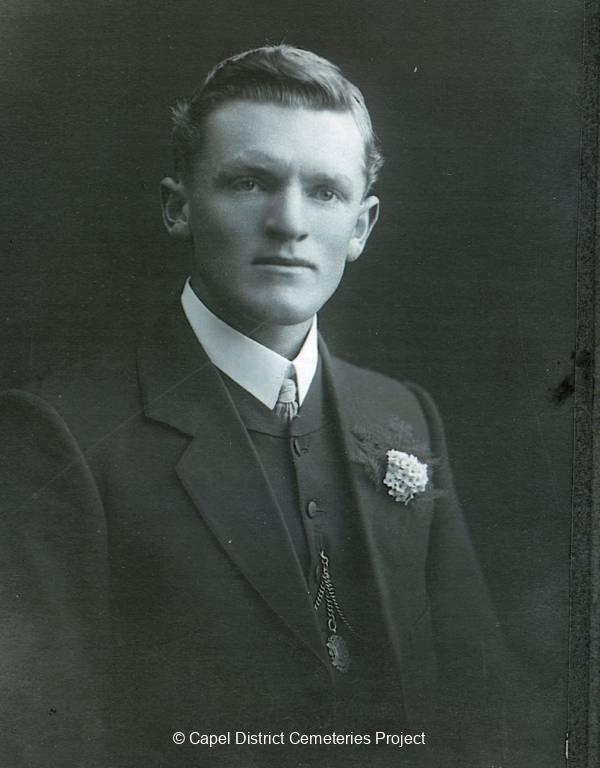 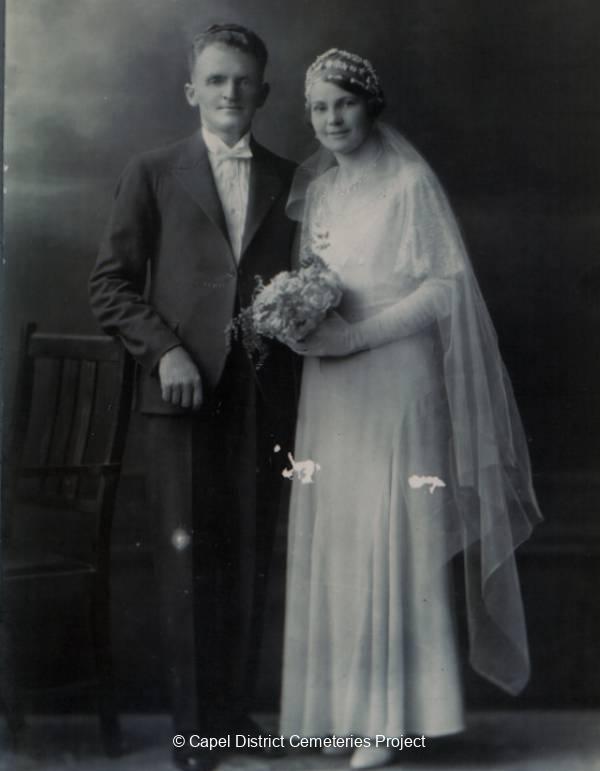 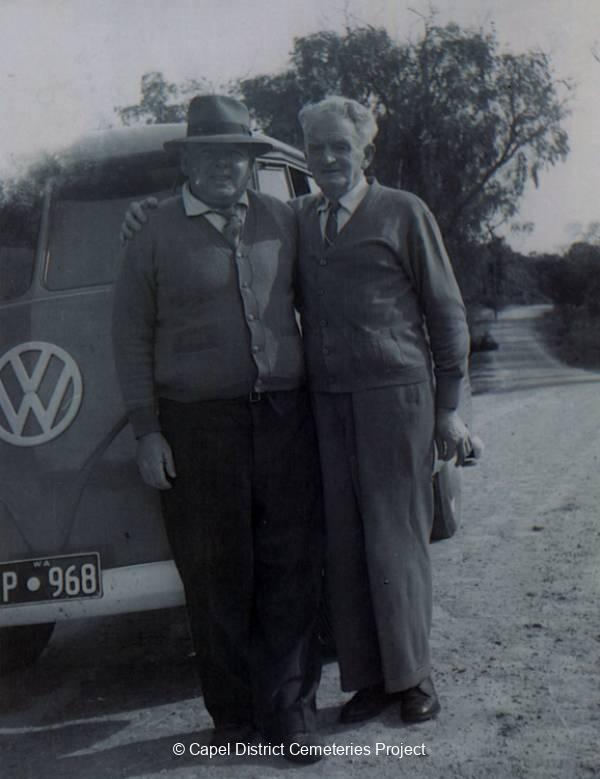 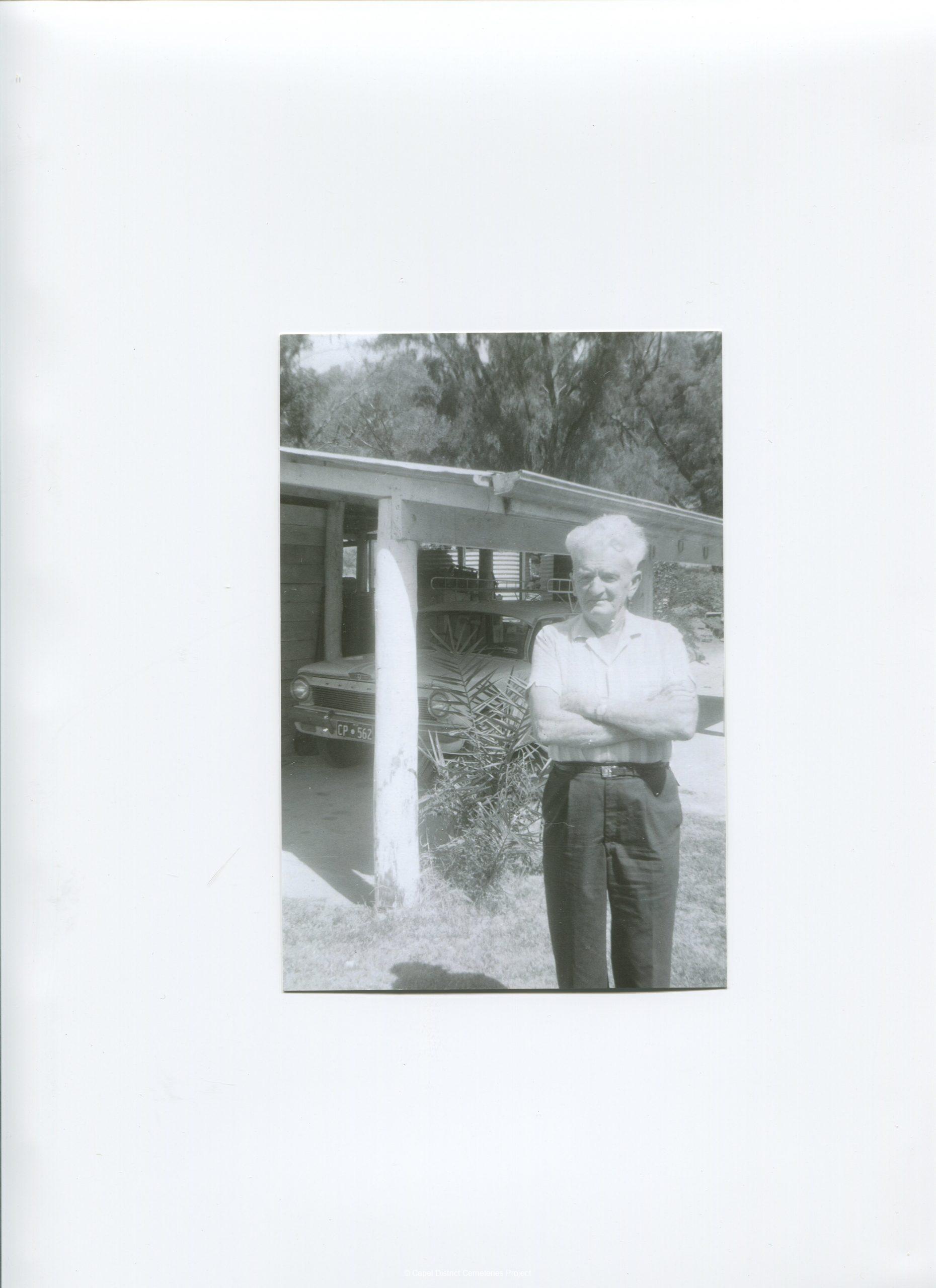