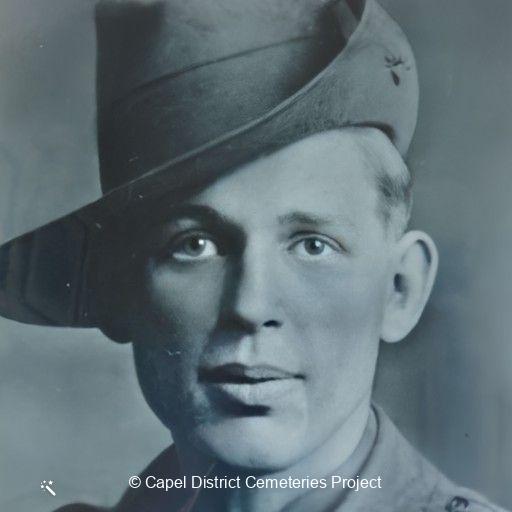 Denomination: Church of England – section A

Erected by his loving wife and families

Fred Delaporte was born into a local Capel farming family, he attended Capel Primary school along with his brother and sister.  His young days in Capel would have been filled with helping on the family farm, along side his love of sport, which would continue through his life, and being part of a large extended family.

His mother Lucy Hurst had a previous marriage to George Robert Payne in 1886 and they had five children prior to his death in 1895.  George Payne also had a previous marriage before Lucy to Elizabeth Hough in 1868 and they had eight children prior to her death in 1884.  Fred Delaporte had a large family of half siblings and extended Payne family members.

Fred was discharged from WW1 (where he was awarded the military medal) in 1919.

Fred married “Connie” in 1936, he was 37 years of age and Connie was 28. They had 6 children, he was a loving father and gave all his children a great love of sports. Fred was a keen football player and cricketer.

He had a small herd of dairy cows that he farmed on the farm he inherited from his father on Gavins Rd, Capel and he also worked for a time at the Capel Factory.  Fred never spoke of his military service to his family.

In later years Fred and Connie sold the farm and moved to a house on Bussell Highway which is now Capel Drive where he died peacefully at home in 1978. His wife survived him by 18 years, passing away in 1996.

” During an attack by his Company, on enemy position near VERMAND, N. W. of ST. QUENTIN on 15th September 1918, this man, who is a Platoon Runner, under very heavy Machine Gun fire, carried important messages to his Company Commander.  When his Platoon Sergeant was badly wounded, and lay in the open, under very hostile Machine Gun fire, Private Delaporte who was not on any duty at the time, went to his assistance, and helping him to cover, dressed his wounds, and then aided him to a place of safety.  His coolness and gallant conduct, under fire, were an excellent example to all “.

Information written and compiled by Noelene Bell – granddaughter. Additional research by PP  and JT (members of the CDCP team)

If you are visiting this page and have further information that pertains to Frederick Delaporte that you would like to add, can you please contact the Capel District Cemeteries Project via the CONTACT US section at the bottom of the main page. 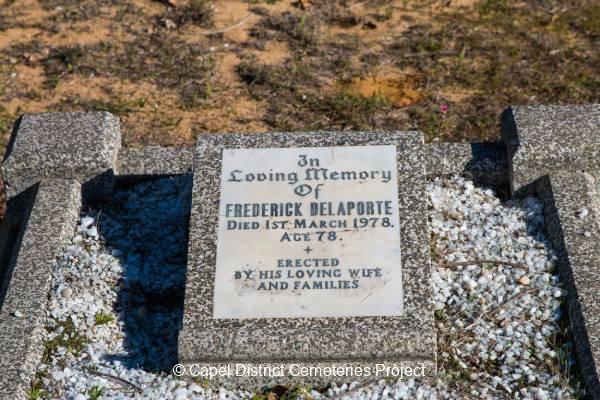 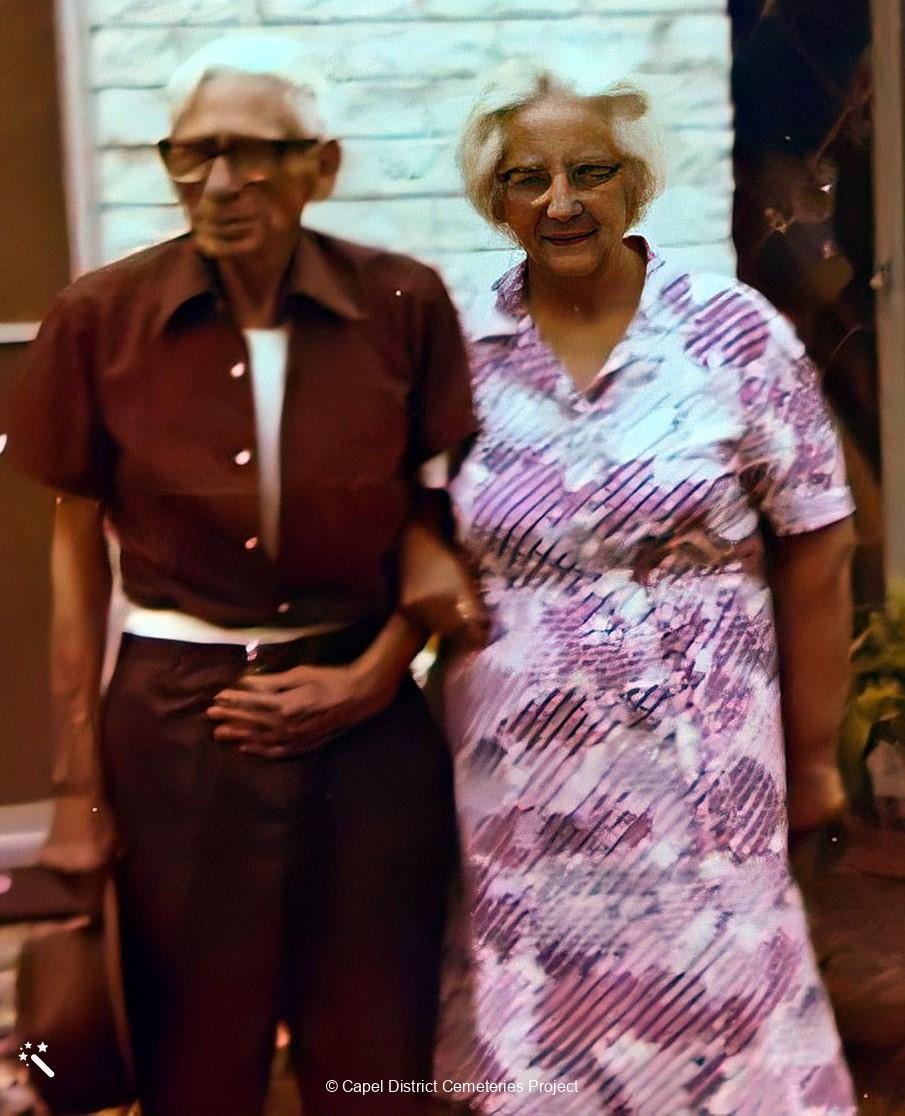 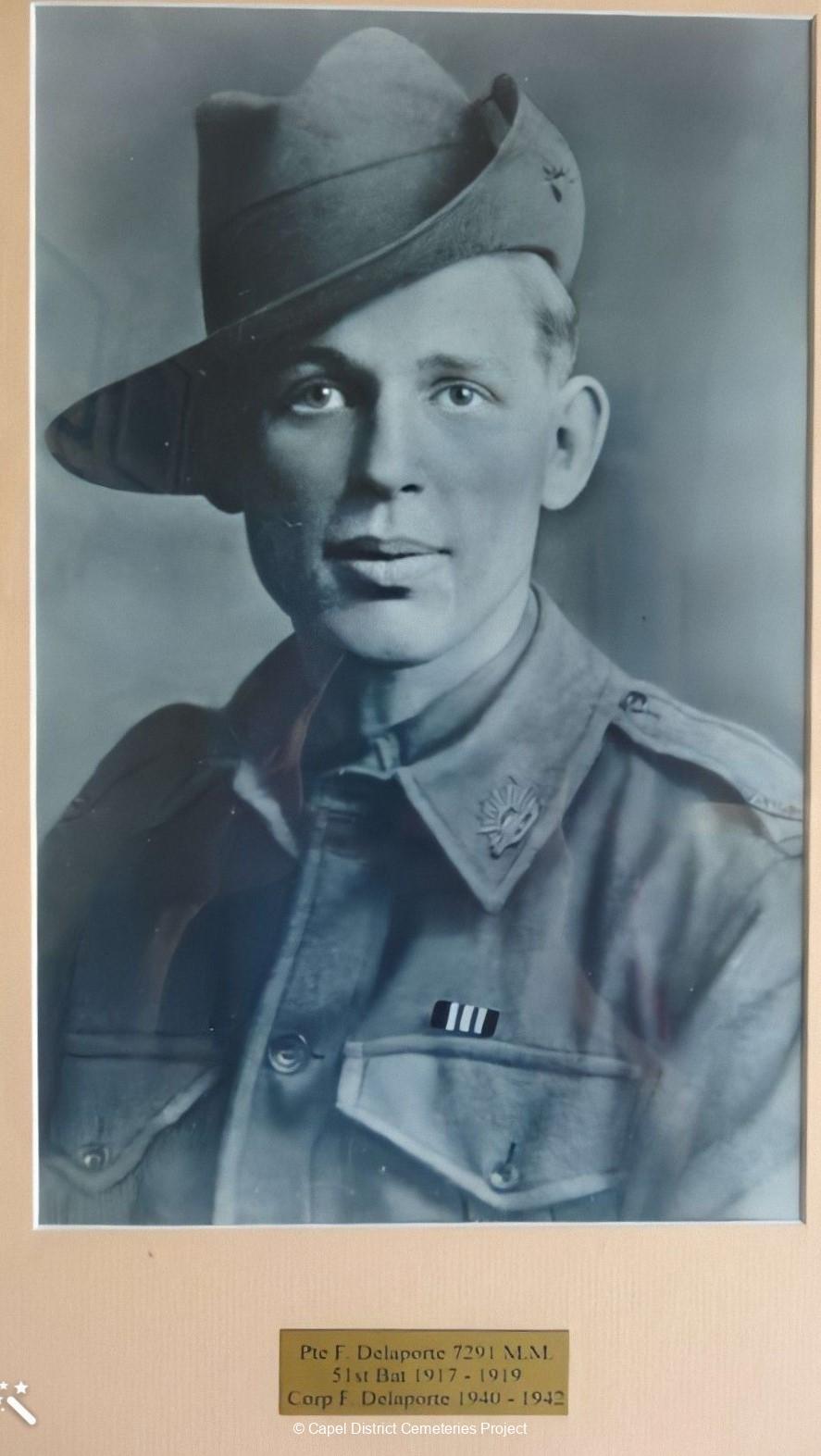 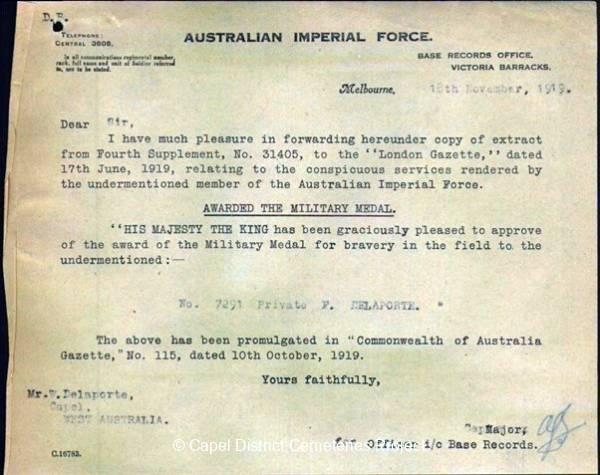