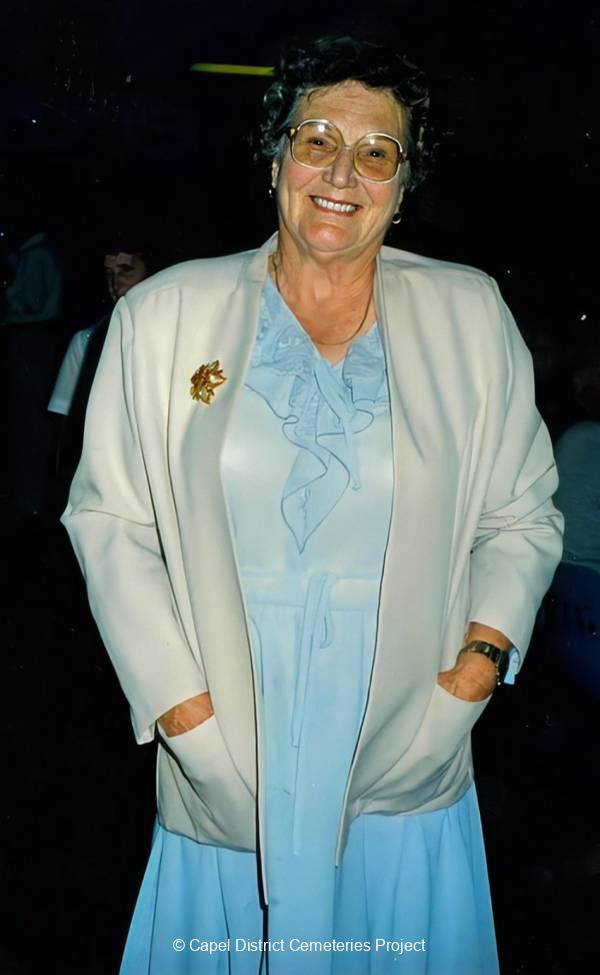 Our beloved Husband, Father and Grand-father

Also his loved Wife, our loved Mother and Grand-mother

*Baby Anderson is buried in the Bunbury Cemetery sharing her plot with 11 other Stillborn Babies.

Elsie Joyce Johnson was known by her middle name Joyce.  She was born in England to parents Harold and Louise Johnson.  Joyce her sister Nancy and brother Eric along with their parents arrived in Fremantle, Western Australia on the 8 June 1923 aboard the ship Moreton Bay.

The family settled as a part of the WA Group Settlement scheme in Metricup (number 60) from 1923 to 1925 before moving to the Hithergreen Group (Number 15) in 1925 as farmers.

Unfortunately, tragedy struck the family and they lost their home in a bush fire in 1933, the fire had been started by a steam train and they lost everything including all sentimental items bought over from England.

Life for the family at Hitergreen was a busy one, and the cows were all hand milked before walking to school.  On Mondays Joyce stayed home from school to help with the washing of clothes and to look after her younger siblings.

As a young woman she rode a horse to the local hall dances carrying her dress, shoes and makeup in a bag and changing in the powder room at the hall.

After schooling, Joyce moved to Capel to work at the Capel Tavern as a housekeeper.  It was while she was working at the Tavern she meet local farmer George Thomas Anderson who was also working there as a groundsman.

They married on 27 August 1938 at St Marys Church in Busselton, with the reception afterwards at the Yoongarillup Hall.

It was with both joy and sadness that twin girls were born in 1940 – Baby Anderson (stillborn) and Jean.  The couples first son,  John was born  in 1943 and lastly a daughter, Doris in 1948.  They built a beautiful white concrete brick house with matching fence on the farm located on Weld Road.  The house is still there today

Once again Joyce’s farm and home were threatened by bush fire in 1949 when they lost fences and hay as mentioned in the local newspaper.

In 1968 George and Joyce retired from farming and moved to Blair Street in Bunbury, this was after their son John had taken over the farm.  They returned to Capel once again in around 1972 into a new house built for them on Roe Road in Capel.  In 1977  they again moved to Blair Street in Bunbury.   In 1980 both Joyce and George where enjoying their retirement in Busselton.  After the death of her husband George in 1982, Joyce remained in Busselton for many years before moving into an Aged Care Facility in Bunbury.  Son-in-law, Tom Hutton used to say that whenever Joyce moved home, he would have to get the farm truck to move all the pot plants from the old home to the new.

Joyce enjoyed playing golf, winning the Capel Golf Club Patroness Trophy in 1961 and the Capel Golf Ladies Champion in 1965.  She enjoyed Lawn Bowls and volunteered at the Busselton Butter Factory Museum for many years, grew many beautiful orchids in her shade house and knitted for the Grandchildren and Great Grandchildren.

Joyce was affectionately known as “Ma Ma” or “Ma” by her 9 Grandchildren and 17 Great Grand Children.  She passed away in 2009 aged 93 years and is buried with George in the Capel Cemetery

If you are visiting this page and have further information that pertains to Elsie Joyce Anderson that you would like to add, can you please contact the Capel District Cemeteries Project via the CONTACT US section at the bottom of the main page. 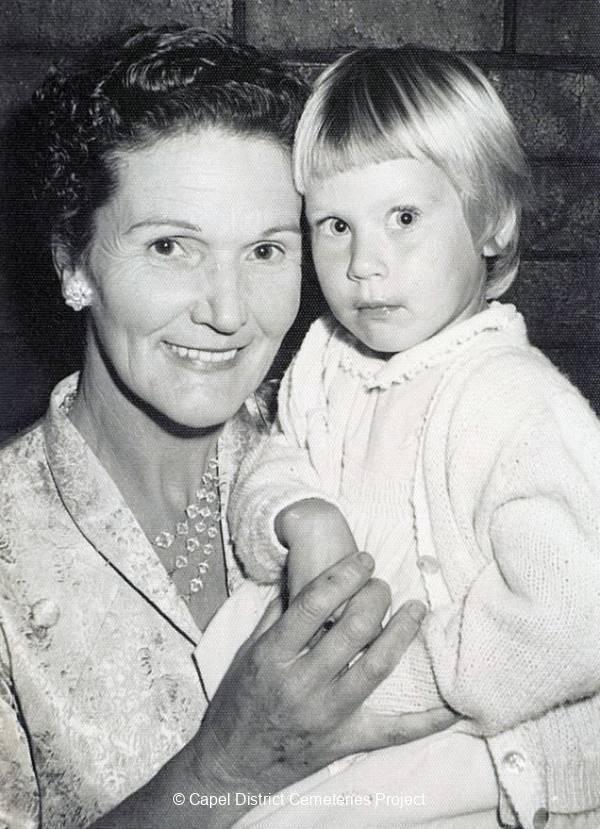 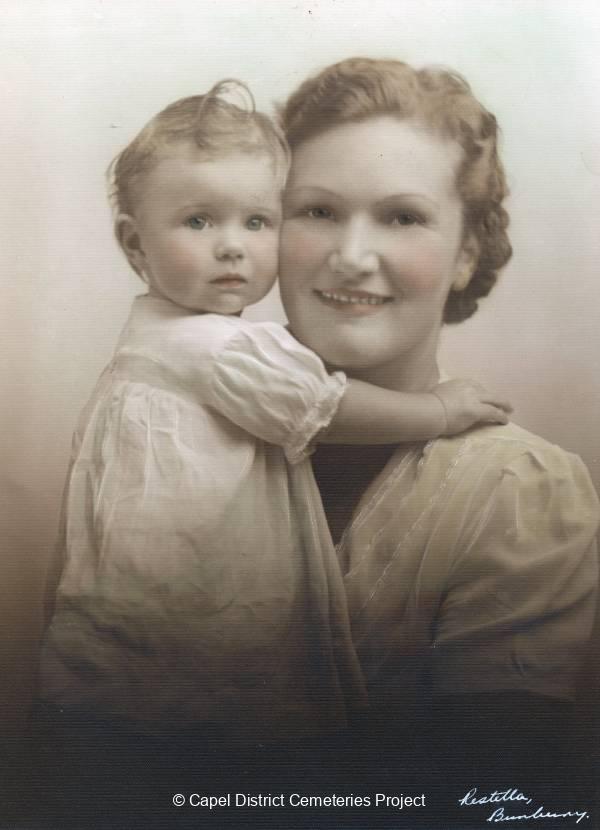