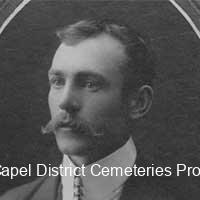 Loving father of Cliff and Cecilie

Cecil Mervyn Scott was born at ‘Toledo’ North Boyanup situated at the intersection of North Boyanup Road and Dardanup West Road. He was the eldest of 11 children and rode horseback across country to the Stratham School to attend school.

Both Cecil and Coral were born to pioneering farming families from the Capel district. Cecil took up land at Elgin that he named “Quambi’ and cleared the land to dairy farm on this 600 acres. Although in those early years Cecil was not particularly interested in dairying and it was Coral that made the milking cows a success in the early days. This was helped along by Coral and Cecil being given 10 good milking cows and 50 acres of land by Coral’s grandmother Alice Rose, as a wedding present.

However dairying was soon to become a big part of Cecil’s life. He was considered the first in the district to milk a herd of 100 cows and for several years was the largest supplier of butter fat to local factories. His son Cliff worked ‘Quambi’ with Cecil when he wasn’t working off farm. Then Cliff’s son William Clifton (Bill) Scott took over the farm and continued to run a very successful dairying operation.

Cecil was committed to the community as his wife Coral was and became a foundation committee member of the Elgin Hall from 1933 to 1949. It was his task to be at functions at the hall early to light the lamps.

Cecil and Coral owned a Studebaker car although Coral was the driver and this suited Cecil well, as he was not fond of the car. The number plate CP72 remains in the family to this day.

After the death of his beloved wife Coral in 1950, ‘Quambi’ was split into two farms, with the back half of the farm, 250 acres going to Cecilie to farm with her husband Hurtle Hubert Merritt and the front half of 350 acres was retained by Cliff.

When Hurtle Merritt died in 1955, Cecil remained on the farm and lived with Cecilie and her two sons Lloyd and Colin. Childhood memories of Far were of him riding a horse named Ratty and he would ride him to get the cows up for the afternoon milking. Ratty was a wonderful companion to him and he outlived this wonderful old horse by only a couple of years.

Cecil also known as Sandy, was called Far in the family and was a kind and gentle man who missed his wife Coral terribly after her death. He died in April 1965 after a long illness and his funeral service was held at All Souls Anglican Church Stratham and attended by many from the Elgin district.

Maurice Cullity. A history of Dairying in Western Australia

If you are visiting this page and have further information that pertains to Cecil Mervyn Scott that you would like to add, can you please contact the Capel District Cemeteries Project via the CONTACT US section at the bottom of the main page. 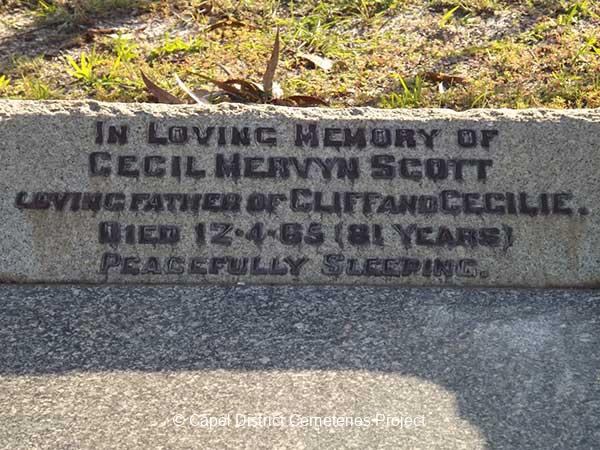 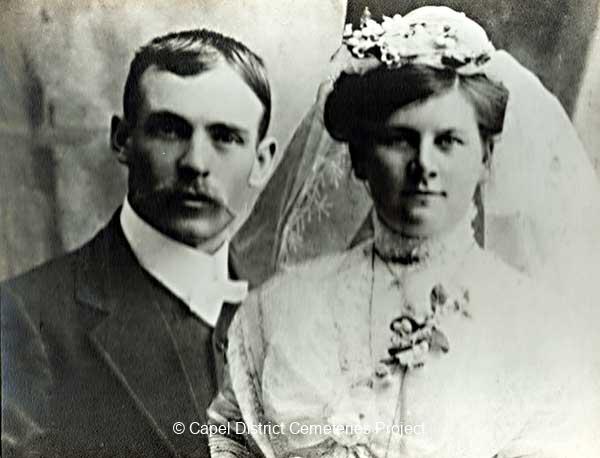 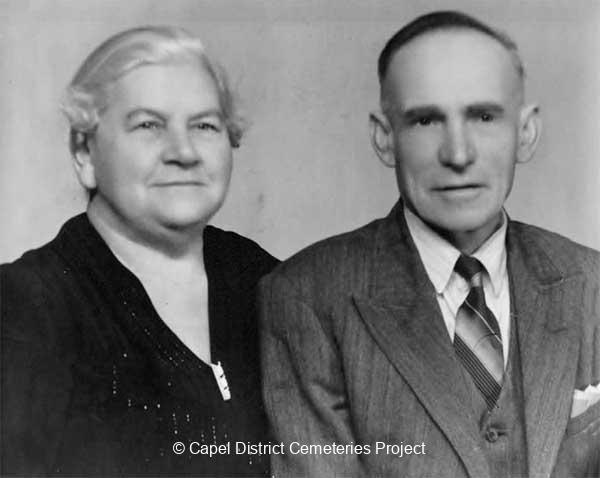 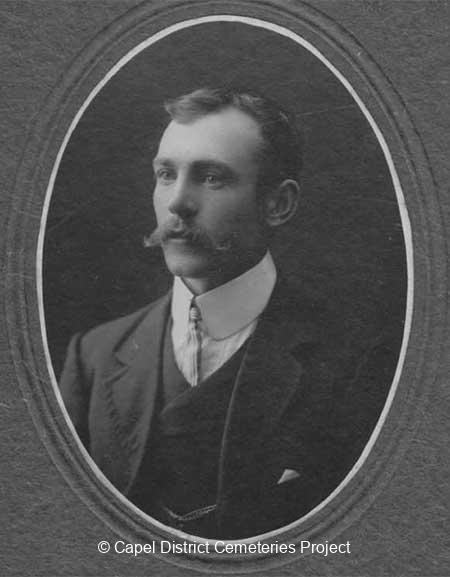 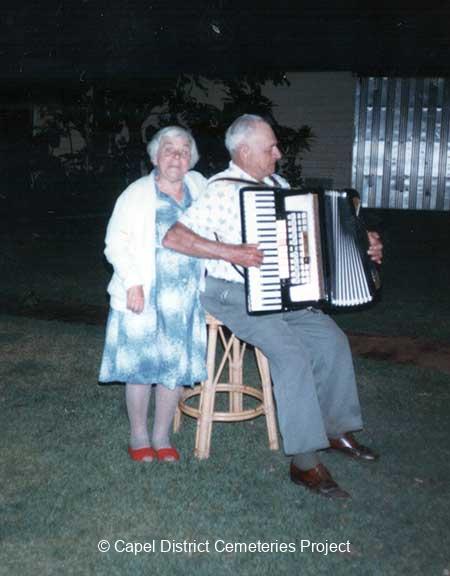