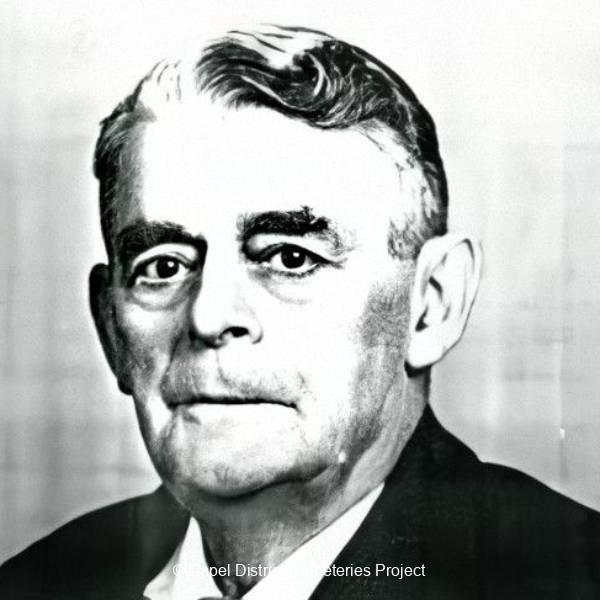 “WE SHALL REMEMBER THEM”

Gladys Pearl Murnane (“Pearl”)was born Gladys DAVIES in 1893 at Fremantle to Frederick DAVIES and Angeletta COOK . Adrian Roy MURNANE (“Roy”) was born as one of a pair in Victoria in 1893 to Jeremiah “Jerry” MURNANE and Uranie “Nina” MELOTTE.  His twin brother was RJ (Pat) MURNANE who was killed in a tragic  accident in 1921.  Both Pearl and Roy served their country in Egypt during World War I, Roy as a member of the 10th Light Horse Regiment and Pearl as a nurse.  They did not, however, meet until Pearl transferred to Capel as a nurse with the Health Department.  They met at William Ramsay’s ‘Minninup Farm’ where Roy and other members of his family were assisting an ailing Mr Ramsay to manage his property.  Besides being an adept farmer, Roy was a keen cricketer and horse handler.  Roy and Pearl were married in 1921 at the Busselton Anglican Church. Roy’s mother, Nina, subsequently married William Ramsay and Nina became the outright owner of “Minninup” after William’s passing in 1925.  Close to his mother and committed to continuing his work at “Minninup”, Roy inherited the property after his Mother’s death in 1951 where he and Pearl delighted in receiving and entertaining friends and relatives.   Together they raised their 3 daughters Phyllis (??), Grace (1925) and Bethel (1928).

Story by Jacqui Graham, 2017, Capel Cemetery Survey, as a proforma for Biographies which were to be collated for a book.

If you are visiting this page and have further information that pertains to Adrian Roy Murnane that you would like to add, can you please contact the Capel District Cemeteries Project via the CONTACT US section at the bottom of the main page. 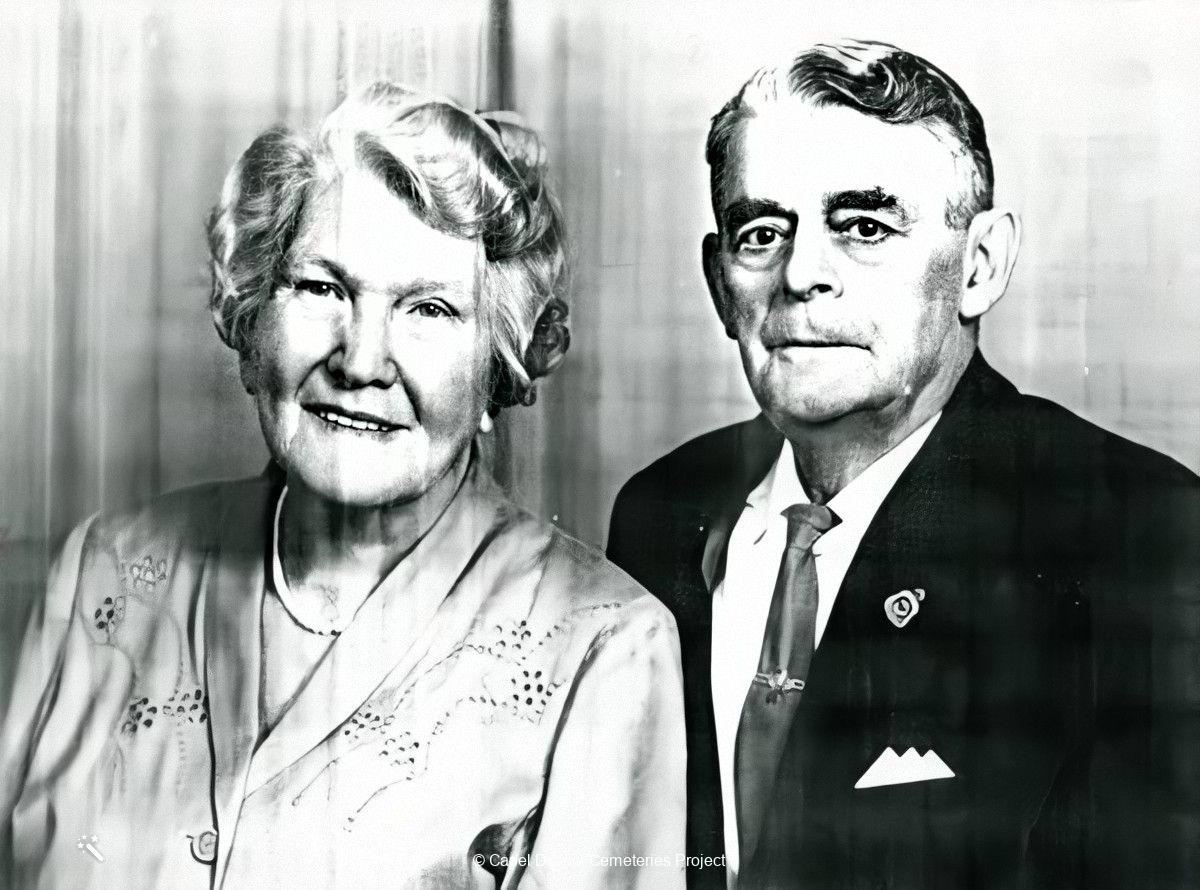 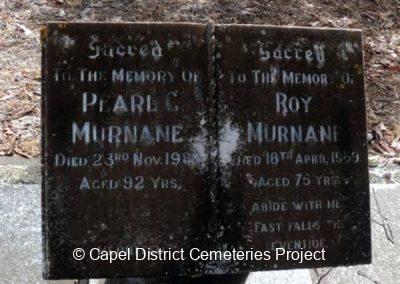 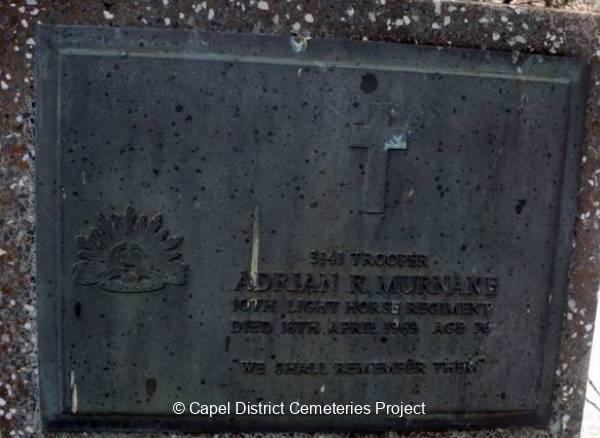