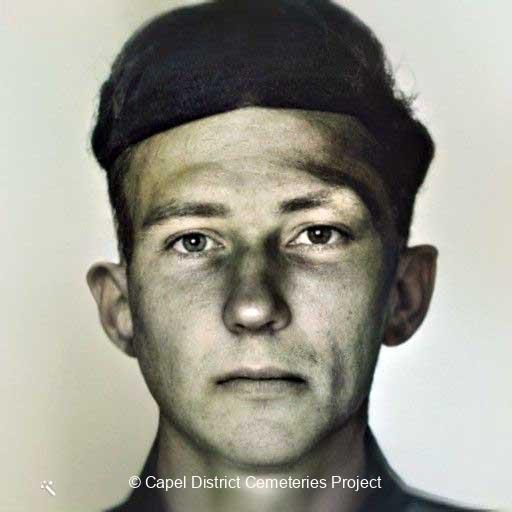 His mother was just 16 years of age in 1912 when Donald was born in Busselton. It appears he was born out of wedlock, as later that year his father, Sydney Newham, was in court due to unpaid maintenance.

His mother Ivy, at the age of 23 years, married Gordon Parke in 1918.  Gordon became Donald’s stepfather.

Young Donald (Don) lived and attended Capel Primary School along with his school friends and extended family members – he is still attending the Capel Primary Sports Carnival in 1925, even though his mother and stepfather are now living in Donnybrook.

Upon enlistment, on the 9 November 1939, Donald’s hometown is Donnybrook, Western Australia, he is 27 years of age. He was a keen cricketer before his war service and after his return.

Donald enlisted in Northam, Western Australia; his next of kin was his mother, Mrs G Parke.  His enlistment number was WX632.  His initial rank was Pte and he advanced to Lt Corporal.  He was a Prisoner of War; (Starlag Row9c #39403).  He suffered a GSW to his right leg prior to his capture.

He was one of the first POW prisoners at Kokkinia prison hospital in Greece.  The Perth Daily news, on July 12 1941, listed him as a casualty.  He was eventually invalided out of service.

Donald Francis Hannaby was reported by the Red Cross of Geneva of his position in Kokkinia Military Hospital Greece.

He was a great friend of Lt Harry Young and was a POW when his mate was killed.

An article in Trove mentioned Donald’s name was recorded on the POW memorial in Ballarat.

There are no records of Donald marrying or having children. He maintained a farming lifestyle in various locations including Donnybrook, Nannup and Yelverton until his death in 1969.

If you are visiting this page and have further information that pertains to Donald Francis Hannaby that you would like to add, can you please contact the Capel District Cemeteries Project via the CONTACT US section at the bottom of the main page. 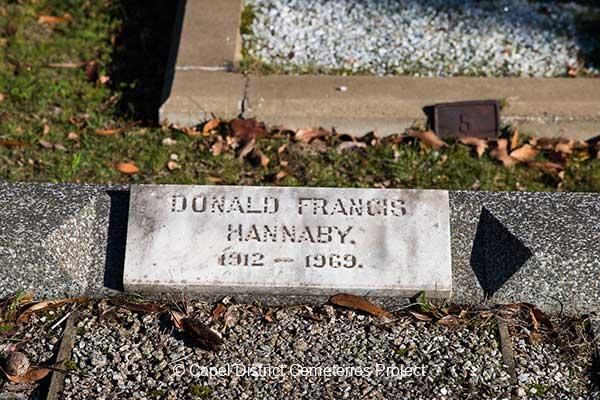