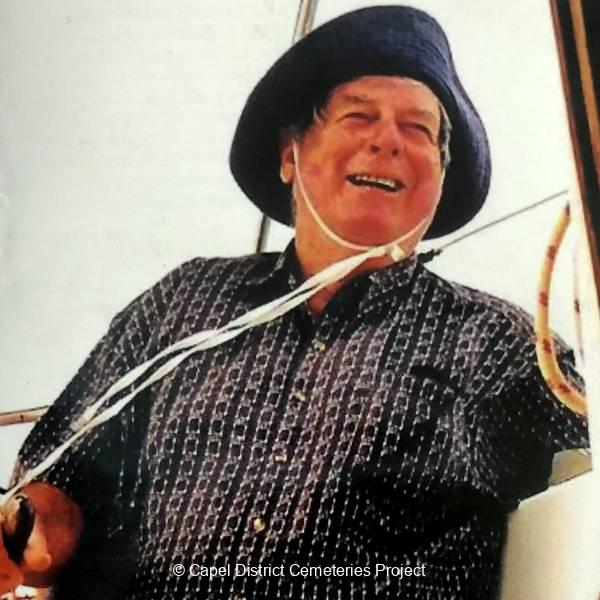 This tribute, written by Dolores Lamb at the time of her husband’s death, captures the man and what was most important to him.

Thank you for the 68 years of love we shared, the enthusiasm for life, the adventures, the humour and most of all our children. The love remains. Memories will sustain until we meet again.

Richard George Lamb ( Dick) described his life as one of privilege.  It is widely acknowledged that it was Dick himself who created what he saw as his “life of privilege” from humble and challenging beginnings. Most important in his life were his wife Dolores and his family, 6 surviving children, 20 grandchildren and 2 great grandchildren.

He is remembered as someone who always “made the best of what he was at” even through his last 10 years when his daily life was severely limited by the cardio-vascular and health challenges he faced while undergoing years of dialysis.

He was a thoughtful inventive man “gifted with a good intellect” and the capacity to focus on whatever challenge was at hand with energy and a great sense of humour. He was ”never afraid to challenge the status quo.” Dick and Dolores’ children remember enjoying their family life as “never dull,” providing them with “always a solid consistent loving” with Dick as a “larger than life presence, always some new invention underway, always a camping trip being planned.

Dick’s enjoyment and commitment to his family life contrasted to the rather erratic, disrupted and precarious experience of family that was his as a child.

In 1931 Dick’s birth to his 18 year old mother Bertha (Bib) and his 24 year old father Francis Joseph (also known as Dick) in the worst year of the Depression saw the young couple beginning family life under financial stress, compounded when Dick snr lost his job as a baker, and with it the damaged loaves he brought home to supplement food supply. Though over the years the birth of two more sons expanded their family (Leslie (Bill), 1935 and Kerry,1941) Bib and Francis Joseph spend much time apart and often their  relationship was strained and stressful. They moved in different circles in an unorthodox marriage and their sons had to develop self-reliance from a very early age.  The family moved house often, renting in Shenton Park, Daglish, Maylands and Mt. Lawley areas and even moving to Manjimup for a while to be close to Dick snr’s employment as a baker/carter. After joining the merchant navy as a cook during WW11,  Dick snr spent much time away from the family.

Always enterprising, Dick jnr started early on the path of adventurous exploration of his environment.  From a young child he was fascinated by machines and how his world worked.

He willingly and supportively accepted the responsibility that fell on his shoulders to help raise his younger brothers. The boys had to learn to rely on their own devices. Their part-time jobs helped pay the grocer’s bill.  Dick enjoyed his job delivering the West Australian newspaper around Mt. Lawley while still in primary school, working from 3.30A.M.-7.30 A.M. daily, earning 12 shillings and 6 pence a week, proudly honing his skill “of being able to throw a rolled up newspaper onto the breast of a lady in an nightgown,” skill development sadly curtailed when a stern letter home from his teacher reproved his mother because Dick spent much time catching up on lost sleep in class.

As a toddler Dick had been enrolled by his mother at a “kindergarten” in a chemist shop in Daglish, then the local convent school, St Aloysius, Shenton Park.  Many changes of primary school followed as the family shifted house, ending with 3 years at St Patrick’s Christian Brothers’ School in East Perth, via time spent at Manjimup Convent and Highgate Primary. Dick recalled Brother Murphy at St. Pat’s as having a strong, formative, positive impact on him through the Brother’s good work introducing Dick to fractions, decimals, then bookkeeping and biology. Dick so appreciated the sense of love and moral values at the school that he told his mother he wanted to become a Catholic. There-after Dick was what his wife called “a quiet Catholic.”

At the conclusion of his Grade 7 in 1945 Dick told his father “Dad, the world has changed, now we need an education to succeed.” The response, “You’re a man now son.  How are you going to pay for your schooling?” made it clear Dick would once more need to make his own way.  Ironically this disappointment and challenge might have been what nourished the seed of determination already developing in young Dick.

So Dick went out to support himself by working a range of jobs, from working in a bottle sealing business to farm work ploughing and seeding a whole remote farm-block at the age or 14.

A child of the war years, Dick had keenly followed the fortunes of the Australian forces in the fight against Hitler and Japan. When he was old enough to join the navy, just before he turned 18, his enlistment details recorded him as a Plastic Moulder. In the Navy he soon qualified as an electrical mechanic.  He credited the Navy with enabling him to develop his technical skills, to focus on the task at hand and to work with a team.  As a ship’s electrician with many hours “sitting on the generators” Dick put his time to good use studying Physics, Chemistry and Maths 2 &3 and achieved his University Matriculation.

When the 10 year old Dick was attending the local convent school in Manjimup, he did not know that his future wife Dolores Lee lived quite nearby and would follow him a few years later at the very same school.  Later, as teenagers, their paths crossed when Dolores’ brother Bill Lee, invited his  navy mate, Dick Lamb, staying on leave nearby, to drop in on the  Lee family outside Manjimup  where the Lees had settled after leaving their ill-fated allotment on part of a South-West post war Group Settlement . The young couple’s mutual interest blossomed.  Mrs Lee challenged her daughter that clearly Dick was “Good fun, but will he make a good husband?” Dolores decided she was willing to take the risk and their engagement was announced at the time Dolores had finished her studies to be a teacher and was completing the years as a monitor required to complete her qualification.

24 year old Dick, Naval Rating, married 23 Year old Dolores Alida Lee, School Teacher, in St. Brigid’s Church, Midland Junction, in 1956. Dolores always says she brought out the best in Dick, and their children agree that their dad “had great taste in wives.”  Family soon followed.  Their first children were born while they were based in Victoria, with Dick still in the Navy and Dolores, the home-maker, the chief cook and bottle washer. Dick’s strengths appeared to be in other areas than home-management, as even later in life, on the odd occasion Dick did take to the stove, their  children would say, “If Dad’s cooking, I’m not cleaning up.”

So Dick Lamb was a married man with a growing young family when he finished his term in the Navy.  Undaunted and determined, he extended his electrical qualifications to allow him to work as a civilian electrical contractor to support his family while concurrently taking on years of tertiary study.  He achieved a Bachelor of Science (Physics), a Master of Education (Statistics), and a Diploma of Education at the University of Western Australia, as well as his Teacher’s Certificate from Claremont Teacher’s College.

Dick’s academic qualifications first took him onto the career path of a secondary Mathematics Teacher then as a tertiary educator and leader.

He spent 10 years as Head of Mathematics, Science and Computing and 2 years as Assistant Director at Mt. Lawley College of Advanced Education ( now Edith Cowan University).

Subsequently, during his 12 years in leadership at Kalgoorlie College, including 9 yrs as Director, Dick, ever motivated by his sense of possibilities and  social conscience, “made momentous things happen at the college, growing the college (which would later become Curtin University, now Central Regional TAFE) in terms of diversity, empowering women and developing pathways for at risk students”. [1]  He is most remembered for his determined and single-minded fight for the construction of the Goldfields Art Centre, a seemingly unachievable project which proudly came to fruition in 1993, a year before he retired and came to Peppermint Grove Beach.

While “in retirement” Dick lectured in Engineering, Mathematics and Management at Bunbury Campus of Edith Cowan University until 2000.

Dick and Dolores built a home in the developing Capel Shire locality of Peppermint Grove Beach. When they moved to Peppermint Grove Beach, Dick chose a block at the top of the Sunset Close cul de sac facing the sea.  He applied his practical skills to build what Dolores described as “a very stable house,” skilfully terracing securely down the sandy hill, handpicking every rock.” a construction model some others building on the heights of the sand-dune settlement envied

In Peppie Dick developed a love of fishing, an activity he pursued with his usual energy and dedication.

The Peppermint Grove Beach Community Association has been pivotal and energetic in building both the community facilities and Peppi’s strong community culture. Dick and Dolores were active contributors and valued friends in the Peppermint Grove Beach Community Association (PGBCA) from its beginning. Dick served as President of that Association for many years.  He was also actively involved in the welfare and development of the wider Capel community, serving two terms as a Capel Shire Councillor and stretches as President of the Capel Branch of the RSL.

Dick regarded the most important influences in his life as the Navy, his faith and his family.

Most of all Dick loved Dolores.

His son Brett relates, “In the last week of his life, when he was predominantly confused, while I was helping him settle for the night, he mumbled something ‘What did you say Pa?’ I asked him. He replied, clear as day, ‘Tell Mrs Lamb to come and give me a kiss’.”

If you are visiting this page and have further information that pertains to Richard Geroge Lamb that you would like to add, can you please contact the Capel District Cemeteries Project via the CONTACT US section at the bottom of the main page. 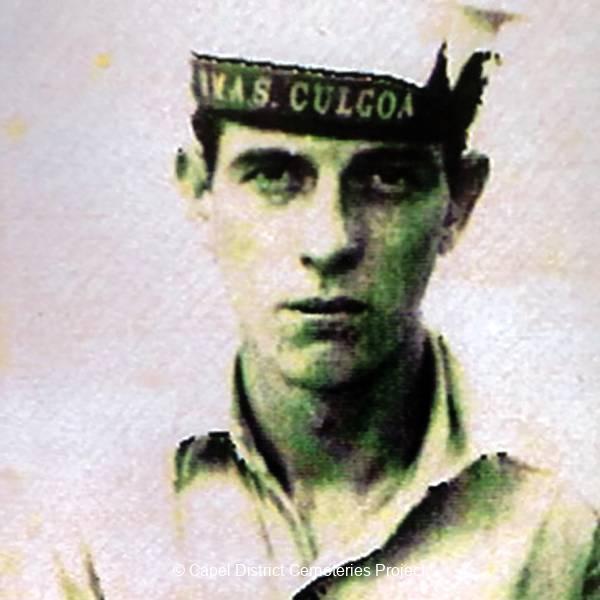 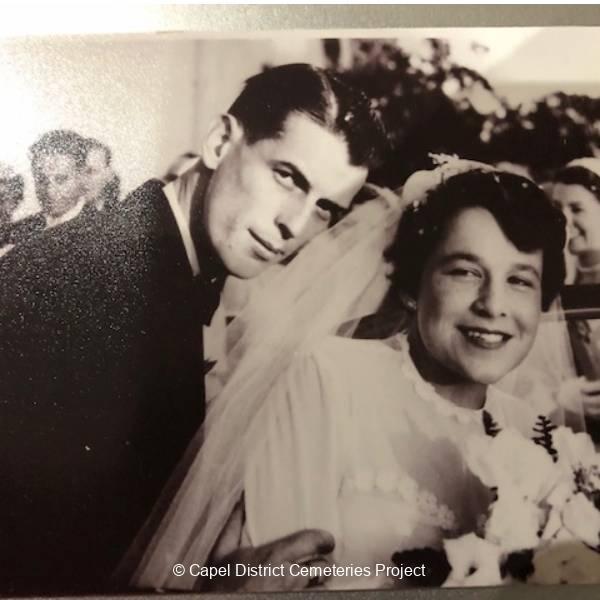 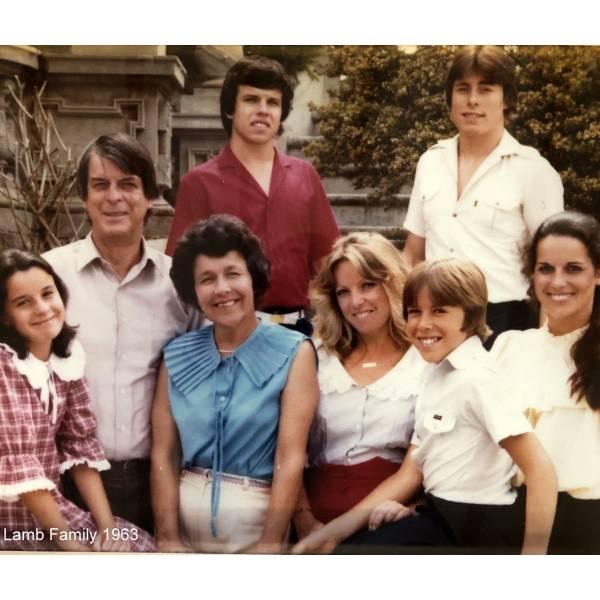 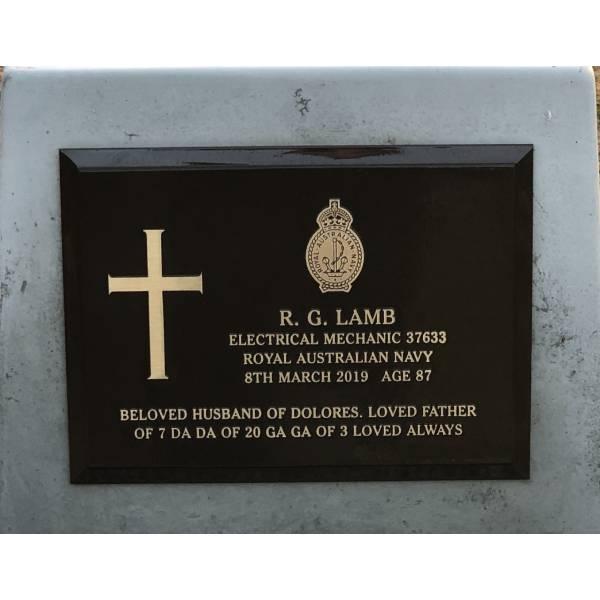