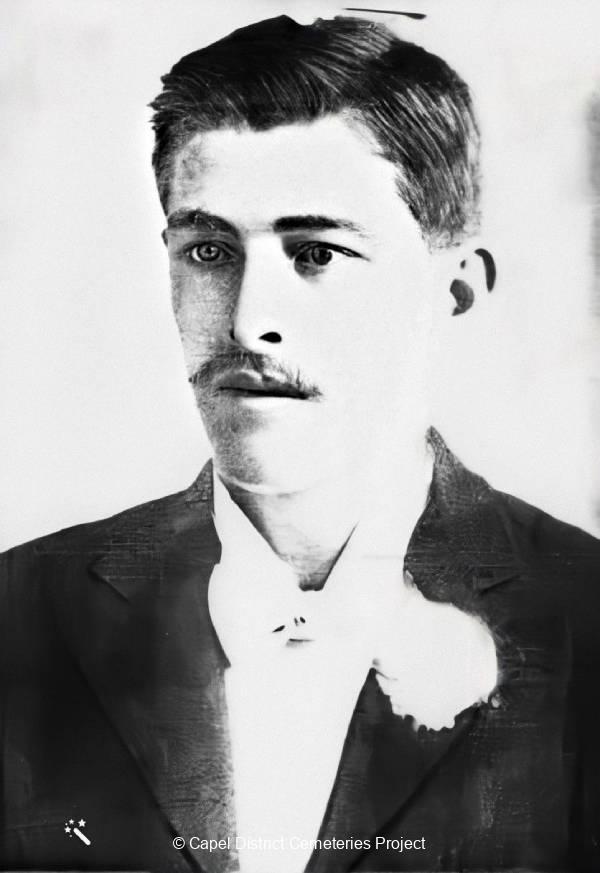 Father: Peter Elvis.  Born in Germany 1831– Died in 1886 and buried at Korweinguboora, Victoria.

Henry George Elvis. (Harry) Born 1883 Korweinguboora, Victoria.  Died in France during WW1 22 July 1916 – left his personal belongings and money in a Will to Florence May House – Bunbury – whom he was keeping company with. National Archives Records of Elvis Henry George

Spouse: Amelia Sarah Harris – Born in Capel, Western Australia in 1887 she was the daughter of Charles Harris and Anna House she was known as “Sarah” and was the fifth child to the couple.

Martin Peter Elvis was the third child born in 1878 in Korweinguboora Victoria to parents Peter and Elizabeth Elvis, growing up he had two brothers and two living sisters.  In the early 1900’s it appears that Martin and possibly his brother Henry came to Western Australia and worked at Waterous Landing as Labourers and in further records he is listed as a faller.  He must have enjoyed Wood-chopping competitions as he can be found on the list in 1903 and 1904.

In 1905 he married Amelia Sarah Harris at Capel, the daughter of Charles Harris and Anna House, she was known as “Sarah”.  Amelia was 18yrs and Martin was 27yrs old when they married.   They lived at Hoffman Mill, which is inland from Yarloop, before moving to Capel at a later stage possibly 1916-1918.  They had three children together.  Marjorie born 1906, Rita born 1910 and Jean born 1916.

In July 1916 Martin lost both his brother Harry in WW1 in France and his mother who also died in his hometown of Korweinguboora, Victoria, in April of the same year.  His mother had remarried after his father’s death to William Giles in 1892.

Martin died in 1918 at age 39 years after a short illness at home. The family had only been in Capel a short time. Soon after he died another tragedy struck and his daughter also died at a young age in 1920 and is buried in the same grave as Martin.

Amelia “Sarah” married a second time to Leslie Gillard in 1920.  Amelia was 33 years of age and Leslie was 27.  Leslie was born in 1893, in Melbourne Victoria, Australia and the son of Henry Edmonds Gillard and Matilda Ewen.  Together they had a daughter born 1923 and named her Joan Gillard.  They also had another Daughter Betty Jacqueline born Oct 1930 who died at 19 days old.

GILLARD – On November 11, 1930, Betty Jacqueline the dearly beloved daughter of Mr and Mrs Gillard of Yarloop, and fond sister of Marge, May, Joan, aged 19 days.

After they married Amelia and Leslie moved to Yarloop in Western Australia. In 1925 Leslie was employed as an engine driver but by 1931 he is listed as a storekeeper in Yarloop.  Amelia is listed as home duties. Leslie continued this occupation until his retirement.

Amelia died on 18 June 1968 at Yarloop, she was 81 years of age. She is buried at Karrakatta Cemetery in the Anglican section ZA 0498 along with her daughter Betty. Leslie died 12 December 1976 at Inglewood, Perth, Western Australia he was 83 years of age. His ashes are in the garden of remembrance section at Karrakatta Cemetery Wall EC Section 13,101

MARJORIE ELLEN ELVIS born 23  July 1906, Western Australia married Alexander George Murdoch on the 25 September 1926. Alexander was the son of Alexander Paul Murdoch and Margaret Bloomer and was born on 12 September 1904 in Fremantle.

JOAN LESLEY GILLARD born 1923, Western Australia married prior to 1949 to Leslie Arthur Higgins born 1918 son of Arthur John Higgins and Annie Lorna Grace Scarlett.  They lived in Yarloop, Western Australia during their early marriage and then moved to Perth in approx 1958.  After Joan’s mother died her father came to live with her at 70 Normanby Road, Inglewood, Perth.

Leslie Arthur Higgins died 31 October 1997 and Joan Lesley Higgins died at Busselton on 18 May 2014. Their ashes are both located at the Karrakatta Cemetery in UC Section Site E 0004.

If you are visiting this page and have further information that pertains to Martin Peter Elvis that you would like to add, can you please contact the Capel District Cemeteries Project via the CONTACT US section at the bottom of the main page. 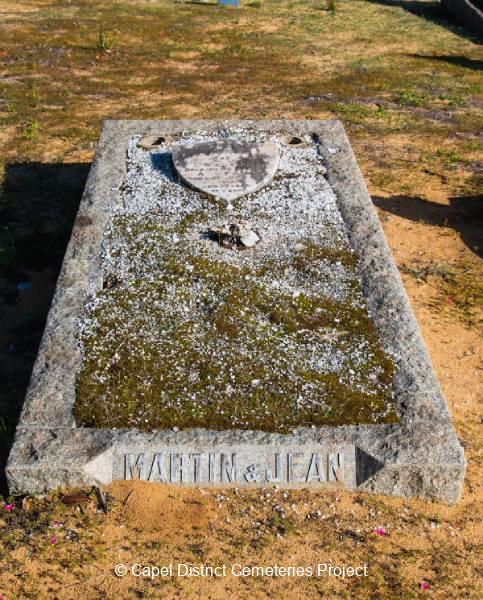 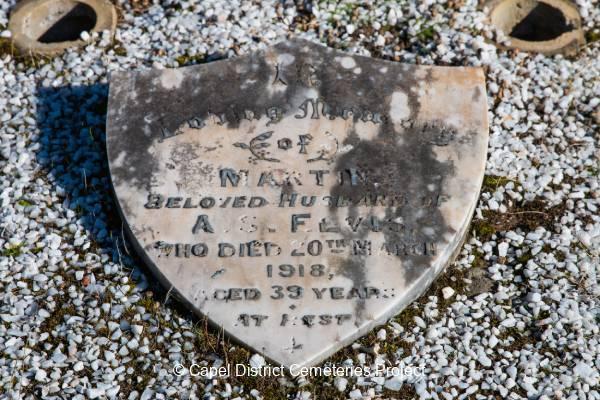 Small plaque on top of grave